Canada’s insurers are optimistic that a national flood program will be in place to protect high-risk properties sometime in the not-so-distant future, although it doesn’t appear to be likely before the next federal election scheduled for Oct. 21, 2019. 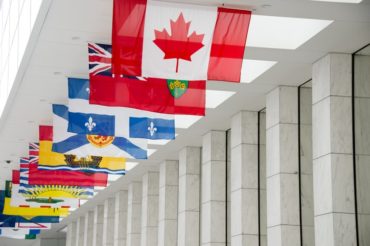 “We’ve made some really good progress,” Insurance Bureau of Canada (IBC) president and CEO Don Forgeron reported to Canadian Underwriter recently in a wide-ranging interview covering a variety of different topics. Among them, he provided an update on negotiations around a national flood program. [Forgeron’s observations about auto reform, insurance fraud, and regulation will appear in the February edition of Canadian Underwriter.]

“I know it has been a source of a frustration for the industry that this has taken so long, but we are dealing with federal and provincial relations — I can probably stop right there,” he said. “Trying to get the feds and the provinces to agree on anything these days is difficult. Trying to build consensus on this issue just takes time.”

IBC has been chairing an advisory group on the financial risk of flood and developing some options for high-risk properties. In a January meeting in Edmonton, the group presented to ministers responsible some options for how they can go forward and construct a high-risk pool. The hope is to put an active proposal together to present to whichever party wins the federal election.

Last week, Craig Stewart, IBC’s vice president of federal affairs, told Canadian Underwriter that a number of options are on the table. He said the advisory group is currently looking at one national insurance solution to improve the outcomes for high-risk Canadians across the country. “There may be regional insurance pools adapted to local conditions, but it would be nationally coordinated,” he said.

The first is a pure market approach, in which governments exit disaster assistance altogether. In Germany and Australia, for example, residents buy flood insurance from private insurers.

In Australia, pricing is risk-based. Although the government does not offer insurance, it has created a standard flood definition used by all home insurance providers. High-risk properties face much higher insurance rates, Square One observes in its post. As a result, some providers allow high-risk property owners to remove flood protection from their properties.

A second option would follow along the lines of the U.K.’s Flood Re program. Flood Re is a risk-sharing pool for properties with extreme flood risk, and is priced according to a risk-based model. All other properties receive flood protection from the private insurance market.

A third option is an expanded version of what Canada has now, although with better-coordinated insurance and disaster assistance.