An eastern Ontario municipality does not have coverage with any of its four former liability insurers for a dispute with the provincial environment ministry over alleged pollution occurring more than six decades ago.

That’s because the insurance policies in question provide coverage for a “civil action,” and a remediation order by Ontario’s environment ministry is not the same as a civil action, the Ontario Superior Court of Justice has ruled.

The environment ministry earlier issued a remediation order against the City of Belleville, located on Lake Ontario between Toronto and Kingston. In a ruling released June 1, the Ontario Superior Court of Justice considered the availability of coverage in policies dating back from 1969 through 2007.

Also named in the provincial remediation order are five individuals and two companies. All of those named in the order are alleged to be current or former owners — or at some time had management or control over — The Belleville Gas Plant property. The city and its public utilities commission owned the gas plant at various times after 1904. The plant was originally built in 1854.

In Ontario, the environment ministry has the power to issue remediation orders to anyone having management or control over a property. This could include individuals, corporations, and municipalities. Complying with remediation orders can cost hundreds of thousands — or even millions — of dollars. So anyone who has been named in a remediation order has the right to appeal to the province’s Environmental Review Tribunal (ERT), which is a quasi-judicial tribunal.

In the case of the Belleville Gas Plant, the Ministry of the Environment and Climate Change (re-named in 2018 to the Ministry of the Environment, Conservation and Parks) found that the site is contaminated with toxins associated with the operation and/or decommissioning of the plant. The contaminants include coal tar, polycyclic aromatic hydrocarbons, volatile organic compounds, and petroleum hydrocarbons. It is alleged that contaminants in, on, or under the site were discharged into the environment while the plant was operating from 1854 to 1947. 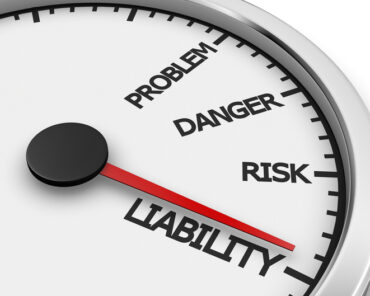 The city is appealing the remediation order to the ERT.

The upshot of the decision is that none of the four insurers have a duty to defend the city relating to the environment ministry remediation orders. All four insurers wrote liability policies for the city at one time or another. The insurance policies, which provide defence costs in “civil action,” were in place at various times from 1969 through 2007.

In essence, Justice Kershman agreed with the insurers that a “civil action” is not the same as a remediation order issued by the Ontario environment ministry.

Most Canadian provinces have legislation stipulating that any person who owns, owned, or has or had management or control of an undertaking is a person against whom a clean-up order could be issued, said Harry Dahme, an environmental lawyer with Gowling WLG, in an earlier interview.

“Regardless of who is at fault, there is an ability to issue an order against past and present owners, and persons in control [of a property],” Dahme said at the time, commenting in general and not on the Belleville case.

Ontario’s Environmental Protection Act gives environment ministry officials the power to issue remediation orders. In the City of Belleville’s case, the municipality argued that before the law came into force, the province would have been able to file a lawsuit alleging public nuisance against a city in the event of a pollution claim. This, the city argued, would have been a “civil action.”

The municipality went on to argue that requiring insurers to defend against public nuisance suits filed by the province, but not in environment ministry proceedings, would be to ignore the true nature of the underlying proceedings. The city cited several court rulings arising from similar coverage disputes in the United States.

For its part, the Dominion of Canada (now owned by Travelers) told the court that the average person would understand “civil action” to mean private claims in court proceedings, not to mandatory clean-up orders issued by an environmental regulator.

Ruling in favour of the insurers, Justice Kershman cited several decisions including Brockton (Municipality) v. Frank Cowan Co. Ltd., released in 2002. The Brockton case emanated from the fatal May 2000 disaster, in which the community of Walkerton’s water supply was contaminate by E. coli

About 20 years ago, the Town of Brockton argued unsuccessfully in court that under their duty to defend, the insurers were obligated to reimburse the municipality for all defence costs incurred in remediation; responding to regulatory compliance; and criminal and regulatory investigations (including a public inquiry) arising from the Walkerton E.coli tragedy. Ultimately, the Court of Appeal for Ontario ruled in 2002 that the insurers’ duty to defend did not include the legal fees incurred in response to regulatory and investigative authorities.

In the 2021 Belleville ruling, the court noted that the Ontario environment ministry ordered the city (along with certain corporations and individuals) to:

In Belleville, Justice Kershman noted that the Ontario Courts of Justice Act defines an “action” as either a claim, statement of claim, notice of action, counterclaim, crossclaim, third or subsequent party claim, or divorce petition or counterpetition.