Marine insurance, one of the “hot lines” in Canadian Underwriter’s forthcoming 2019 Stats Guide, is already falling on some leaner times. 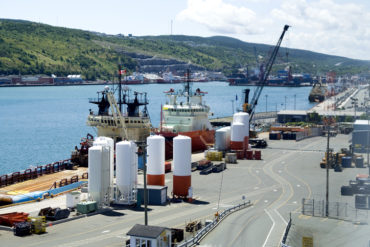 Lloyd’s is withdrawing from some of its marine business, with Reuters reporting in late June that 10 syndicates have withdrawn or cut marine business. Is this having any impact on the Canadian marine insurance market?

“Definitely some capacity issues,” Rowe responded. “I had a client who was unable to insure the full value of cargo and catch, total loss only.” He added the Lloyd’s situation would have a major impact if there were to be a severe partial loss.

Rowe reported a noticeable change for Wedgwood Insurance’s marine line beginning in January of this year. “Several syndicates withdrew from [hull and machinery] lines and moderate rate increases on [protection and indemnity lines],” he said. “Cargo/catch and stock throughput has been most noticeably impacted, though, in terms of rate and capacity,” Rowe said.

Stock throughput policies are designed for companies that import, distribute or export merchandise.

Premiums for marine insurance, which until 2018 had fallen for years due to rising competition and lower claims, are increasing after a surge in catastrophe losses in the past two years and growing geopolitical tensions, Reuters reported.

Global specialty insurer and reinsurer MS Amlin has said marine cargo rates are up between 12-14% this year.

For Lloyd’s, still reeling from two years of losses due to the heavy claims for natural disasters, it will still take 12-24 months before the segment returns to profit, Lloyd’s chief executive John Neal told Reuters in June. Although the sector performed better in the first quarter, syndicates need to set the “right price” for the risks and consider whether all types of marine business were insurable, Neal said.