Why MGAs are becoming attractive options for investment firms

A United Kingdom-based investment firm has invested CAD$2 million into a Canadian managing general agent — and previews that there’s more to come.

Arete Capital Partners announced last week that its investment in Shore Underwriting — which specializes in insurance underwriting for the emerging technology and professional services sectors in Canada — will help the MGA “in developing state-of-the-art distribution and service models for the industry in the North American market.” The strategic investment expands Arete’s current portfolio in North America, and Canada specifically.

When asked if there are any plans for further investments in Canadian MGAs or other Canadian insurance companies, Richard Bryant, head of insurance services with Arete, told Canadian Underwriter that “the investment in Shore Underwriting is only the beginning of our journey into the Canadian market.

“We see the Canadian market as being underserved from an investment standpoint, dominated by larger entities, and overshadowed by the American market that seemingly attracts more capital and attention,” Bryant said. “So, in a word, yes, Arete Capital is well-placed to continue its growth targets in Canada.”

Why did Arete decide to invest in Shore Underwriting? An MGA can be a very efficient way to move into a territory (such as Canada) or a line of business where there may not be the level of expertise within an insurance or syndicate market, Bryant said. 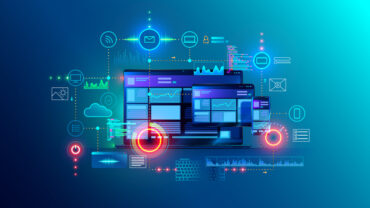 Generally speaking, in a soft market, there tends to be a proliferation of MGAs, as they can write business that would often be too small to handle within an insurance entity, he noted. But as the market starts to harden — with increased rate and ability to select risk — MGAs are vulnerable to losing support.

“Given this background, Arete Capital has adopted the Warren Buffet stance of being ‘fearful when others are greedy, and greedy when others are fearful…,” Bryant said. “Arete’s stance is opportunistic and counter-cyclical. Over the medium-term, capacity will re-enter the insurance marketplace and Arete’s investment in Shore Underwriting will be well placed as insurance capacity will be interested in accessing the distribution and local expertise.”

Mike Shore, president of Shore Underwriting, said in a press release that the “investment of capital by Arete will see Shore Underwriting able to deliver a professional liability marketplace which operates using the very latest technology.” Bryant added that the investment will support the MGA “to realize its ambitions to become the ‘go-to’ specialist professional liability marketplace within Canada with the ability to offer bespoke solutions and additional coverages such as directors and officers (D&O), cyber and general liability (GL).”

Bryant told Canadian Underwriter that, as a new start-up, Shore Underwriting has not been saddled with a legacy system. It has had the ability to contract an IT specialist based in Tallin, Estonia and London, U.K., that specializes in building bespoke, easy-to-use rating, quoting and policy issuing systems. “Shore will use this system where they need to provide a business-to-consumer option, particularly on homogenous association business,” Bryant said.

“Where it will look to differentiate itself from the competition is that it will still function as a complete underwriting entity with capacity from various syndicates at Lloyd’s,” Bryant added. “This service is an absolute necessity currently in the Canadian market where there has been a major push to make the binding of business all electronic.”

Canadian Underwriter has heard that private equity is focusing on the MGA sector. Bryant said MGAs are attractive for several reasons: