Why Northbridge doesn’t have to pay a $1.8-million default judgement against its insured

An Ontario property developer owed approximately $1.8 million by its contractor has failed in its bid to recover the money from the contractor’s insurer, the main reason being that it took nine years to notify the insurer of the claim.

In Svia Homes Limited v. Northbridge General Insurance Corporation, property developer Svia Homes obtained an unsatisfied court judgment for about $1.8 million against 139 Limited, which had been hired before 2008 to install a sewer system for a townhouse project in Oakville, Ont.

Following problems with the sewers, Svia commenced an action in 2008 against 139 Limited and others, claiming damages related to the defective installation of the sewers.

139 Limited held a CGL policy issued by Northbridge’s predecessor. The policy provided liability coverage for amounts owed due to property damage occurring between March 2006 and 2007.

Northbridge didn’t receive notice of the 2008 lawsuit until 2017, nine years after the legal action was commenced. In the meantime, 139 Limited had defended the 2008 action until 2011, when its lawyer was removed from the record and its pleading was struck. Examinations for discovery of other parties took place in 2011, but 139 Limited did not participate. As of 2013, 139 Limited was noted in default. 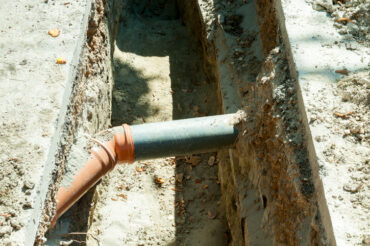 After Svia failed to collect the judgment amount from 139 Limited, it went after the contractor’s insurer, Northbridge, for the money. A lower court judge rejected Svia’s claim, but Svia appealed on the basis that s. 132 (1) of the Insurance Act, which states:

Svia argued that this section of the act gave it the right to give notice to Northbridge instead of 139 Limited.

The Ontario Court of Appeal noted that Svia was raising this argument the first time on appeal, so technically, the court didn’t have to hear it. But it denied Svia’s argument on its merits nonetheless.

The Appeal Court noted that s. 132 (1) of the Insurance Act must be read in conjunction with Liability Condition 5 within the insurance policy (which required timely notice). Since 139 Limited was denied coverage on that basis, the Appeal Court noted, Svia was not entitled to that coverage either, since under the law “Svia can stand in no higher position than 139 Limited.”