Why on-site adjuster supervision is needed

Citing a failure to ensure proper and adequate supervision of the firm’s employees at all times, the Insurance Council of Manitoba has fined the designated representative of a Manitoba ClaimsPro LP office $5,000, plus assessed investigation costs of $3,188. 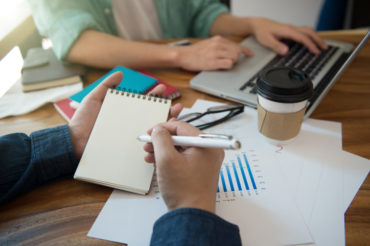 “Based on the information and evidence reviewed by council, council concluded that there was an apparent lack of supervision and oversight provided by the firm,” said the final decision, released July 10.

Council decision notes that in her capacity as the designated representative, licensee Leslie Dawn Bering has the overall responsibility to ensure that all adjusters comply with licensing rules. The rules state that the holder of a Level 1 or Level 2 assistant adjuster’s licence should not sign reports or correspondence unless countersigned by the holder of a Level 4 licence. As well, the rules require the employment of at least one Level 4 adjuster “to provide on-site supervision at each office of the corporation other than the office supervised by the designated representative.”

On Mar. 21, 2017, the council’s manager of licensing and administration received a phone call from the licensee questioning onsite supervision requirements. She was told “there needs to be a specific supervision plan in place and… ‘onsite’ supervision at some point.” The following day, the designated representative sent a firm attestation form indicating that 10 Level 4 licensed adjusters, including adjusters identified in the decision as ‘Adjuster A’ and ‘Adjuster B,’ were providing on-site supervision at the Ontario office.

About a year after the attestation form was sent, council received a complaint indicating that a customer was injured after slipping on some clear ice and uneven cracked cement at a store in Winnipeg in March 2016. The complainant indicated her concerns regarding the failure to return phone calls and the handling of the claim by three adjusters – identified in the decision as Adjuster C, Adjuster D and Adjuster E – between Mar. 17, 2016 and Nov. 9, 2017. After that date, the file was referred to the contracted sand and gravel company.

Council’s investigation unearthed concerns about the onsite supervision of the firm’s Level 2 assistant adjusters, Adjuster C and Adjuster D. (The file was reassigned in October 2017 to Adjuster E, who held a Manitoba Level 3 licence.)

“The licensee also indicated that the handling adjuster, Adjuster C, may not have been aware the account supervisor did not hold a Level 4 adjuster’s licence, and did not know that Adjuster B or Adjuster A were available to provide assistance,” council’s decision read. “The two Level 4 adjusters appointed to provide onsite supervision for the office, specifically for Manitoba files, were unaware of Manitoba files being handled by Level 1 and Level 2 assistant adjusters, and did not provide any oversight on files not assigned to them.”

The unit within the Ontario office was supervised by Adjuster A and Adjuster B – two Level 4 adjuster license holders. The licensee also told council that the file in question was a ‘non-reporting’ file and, as such, the co-signature licensing requirement was not triggered.

“It is the designated representative’s responsibility to ensure that the firm has policies and procedures in place to ensure regulatory compliance, and that these procedures are followed,” the council said.