Why record Great Lakes levels could cause billions in business losses

Rising water levels are causing delays in the St. Lawrence Seaway that could cost the economy more than $1 billion, shippers and port operators say.

A new study from the Chamber of Marine Commerce warns that opening the floodgates further at a dam in Cornwall, Ont., in order to relieve high water levels upstream would wash away between $1 billion and $1.75 billion in revenue for businesses on both sides of the border.

A board of control recently increased the flow at the Moses-Saunders Power Dam – the only control point on the St. Lawrence Seaway, which includes the Great Lakes – to allow a near-record 10,400 cubic metres of water per second out of Lake Ontario. The rate – equivalent to about four Olympic swimming pools going over the dam each second – follows heavy spring snow melt and rains and record water levels on several Great Lakes. 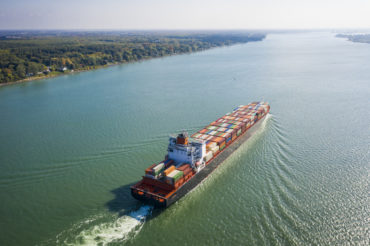 The rapid outflow interrupts navigation on the St. Lawrence Seaway, as swift, swirling currents near the dam slow ships’ movement through the locks, Bruce Burrows, president of the Chamber of Marine Commerce, said Wednesday.

“The approach is a delicate operation,” he said, noting the locks are 80 feet wide for ships with widths that range up to 78 feet. “You have to squeeze in tight.”

About a dozen cargo ships carrying roughly $180 million in bulk pass through the lock near Cornwall each day, Burrows said. But with higher outflows affecting currents, ships are taking an extra two hours to make the trip between Lake Ontario and Montreal, ordinarily a 24-hour voyage, he said.

“We’ll probably lose a ship a day, potentially, going through.”

Burrows estimated it costs businesses up to $4 million every day the current outflow is in place, citing the study commissioned to Pennsylvania-based Martin Associates consultancy. The International Lake Ontario-St. Lawrence River Board will consider boosting the outflow this Friday.

“Any flow over 10,400 requires some kind of stoppage _ either temporary stop-and-go or full stoppage,” he told The Canadian Press.

“It’s an incremental benefit in terms of additional water being taken out of the system. It pales in comparison to the economic hit,” he said, pointing to the diverse range of products carried on the Seaway including Prairie grain, Central Canadian steel and car parts.

Upping outflow toward the threshold of 11,500 cubic metres per second – more could exceed capacity at a 104-year-old Hydro-Quebec generating station west of Montreal – would prompt sustained stoppages at the locks, six weeks of which would rob businesses of nearly $1.8 billion in revenue, Burrows said.

“This is a key international trade corridor…so I think this is a reputational issue as well.”

He approved of the current outflow – a heightened level reached on June 13 and maintained since – due to flood problems for homeowners on Lake Ontario and the Thousand Islands, but called on Ottawa and the provinces for a study into water levels and their causes along with a water management plan.

Overflowing rivers also took a toll on residents in Quebec and New Brunswick, where at least 17,350 homes were hit by flooding or deemed at risk, according to Statistics Canada.

“Every possibility is on the table. At any given moment it may choose to increase the flows,” the control board’s Canadian secretary Rob Caldwell said in an interview. “But they’re still looking at potential effects. They’re making every effort to do their due diligence.”

Shipping stoppages are not the only way to deal with greater outflows, though even a slight increase beyond current levels “would be unprecedented territory,” he said.

“We could just keep increasing flows slowly but surely and basically test and assess the impact as we go,” stated Caldwell, who said he has received a dozen letters from shipping interests requesting lower outflows.

Both the board and shippers highlighted alarmingly high water levels since 2017.

“There are obviously natural cycles, you see that over the years…but this is the second time in two years that we’ve had a one-in-100-year event,” Burrows said.

“I think there’s a certain consensus that climate change is probably connected one way or the other.”