Globally, the protection gap in 2018 shrunk to 60% – the lowest level it has been in 14 years, according to a new report on global catastrophes by Aon plc. 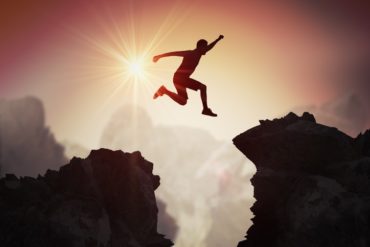 Extreme weather drove the majority of the globe’s $225-billion worth of economic losses due to natural catastrophes in 2018, Aon plc reported. Private sector and government-sponsored insurance programs covered US$90 billion of the global total, representing an insurance protection gap of 60%.

“The protection gap, which is the portion of economic losses not covered by insurance, in 2018 was at its lowest level since 2005,” says the Aon report, Weather, Climate & Catastrophe Insight. “The 40% of catastrophe losses covered by public and private entities was on par with the 40% in 2005.

“Both 2005 and 2018 were years in which many of the biggest natural disaster events occurred in the United States, where insurance penetration is higher than in other parts of the world.”

Canadian P&C industry commentator Phil Cook, CEO of Omega Insurance Holdings, recently pointed out that the insurance industry has a huge opportunity to scale down the size of the global protection gap.

“How do we remain relevant when we are only covering [approximately] a third of the [global] catastrophic losses?” Cook queried during The Insurance Institute of Canada’s recent industry trends breakfast in Toronto. While some countries have no insurance infrastructure to cover losses, he observed, “it’s pretty common to be covering a third or 40% of the catastrophic loss [in North America and Europe]. We have to do better, even if it is a joint venture with government.”

The Aon plc report breaks down the 2018 global losses by peril and by region.

In Canada, May windstorms that swept across Toronto, Eastern Ontario and Quebec turned out to be the largest insured event in the non-U.S. Americas last year. Total claims payouts topped Cdn$600 million for that event alone. In all, Canadian P&C insurers paid out $1.9 billion in claims, according to CatIQ, with most of the losses being an intermediate size.

“For the second year running, Canada suffered a frequency of mid-sized losses which could cost close to Cdn$2billion, with only a relatively small proportion being reinsured,” commented David Sloan, president and CEO Aon’s Reinsurance Solutions business in Canada.

Overall, total economic losses arising solely from weather disasters was US$215 billion. “This was a notable reduction from the record-setting tally set in 2017 at US$438 billion, but was the sixth-highest total for weather disasters since 1980,” the Aon report observes.

The amount of global reinsurance capacity remains strong at US$595 billion.

What were the most damaging global natural catastrophe perils last year?

Hurricane and typhoon damage led the way, contributing to about one-third of the US$90 billion in insured natural catastrophe damage across the world.

The costliest individual insured loss was Northern California’s Camp Fire, a wildfire expected to cost insurers more than US$12 billion. “This is the first time in the modern record that a wildfire has been the most expensive industry event in a year,” Aon says in its report.

Commenting on the report, Steve Bowen, director and meteorologist at Aon’s Impact Forecasting team, emphasized the need to forge “new conversations” about risk resilience and mitigation.

Among the takeaways from the events of 2018 was the recognition that catastrophe risk continues to evolve,” he said. “The complex combination of socioeconomics, shifts in population and exposure into vulnerable locations, plus a changing climate contributing to more volatile weather patterns, is forcing new conversations to sufficiently handle the need for mitigation and resilience measures.

“Natural disasters are always going to occur. How well we prepare can and will play a key role in future event losses.”