Why the industry can expect product recall rates to climb

While recall trends generally fluctuate by industry, Crawford & Company (Canada) expects an overall upward incline of product recalls in Canada and the United States to continue in the future.

Increased automation, the complexity of global supply chains, inconsistent regulations across territories, personnel shortages, changed business models — all of these and more have contributed to a steady rise in recall rates. And COVID may have exacerbated some of these factors, according to Rob Holmes, senior general adjuster and complex casualty practice leader for Canada.

From the outset, the COVID-19 pandemic has placed immense strain on supply chains, as manufacturers and suppliers sought to tackle the demand for every-day consumer goods and transitioned to home-delivery platforms, as Crawford notes in a recent white paper, Product Recall: Adjusting to Today’s Risks.

For example, “food and beverage suppliers have faced increased demand and urgency, labour force instability, and added stress to comply with safety protocols,” Holmes observed in the Crawford white paper. “In some cases, enterprises have shifted from business-to-business to direct-to-consumer models, which has resulted in an untested area of risk. All of these hurdles could come at a cost to quality control measures and government oversight.” 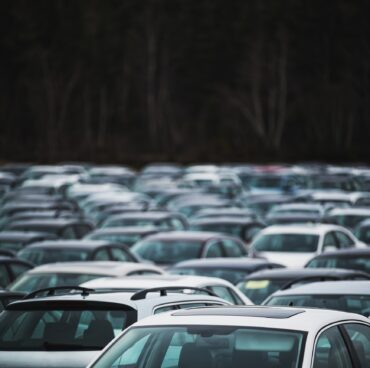 Speaking of oversight, the difficulty arranging onsite inspections during lockdowns may have in fact contributed to an unexpected, temporary drop in the number of product recalls, Holmes said in an interview with Canadian Underwriter. Holmes was discussing general trends, and not referencing any particular product segment.

“For example, in the U.S., they had a drop in their recall numbers in Q2,” Holmes said. “You would think that you would see the [recall] numbers going up during COVID, but actually we saw them go down.

“That seems counterintuitive, but what it’s actually reflecting is a gap in oversight. What I would expect to see, and we’ve already started to see this in the U.S., is an increase in product recalls as things are getting back up and running, and authorities are better able to do their jobs.”

Some risks linked to product recalls are not likely going to disappear with COVID. Automation, for example, while it allows for the mass production of goods, can also create complexity for the entire supply chain as a whole.

“Automation is fantastic for producers, but it’s produced a whack of issues that you need to think about as you build all of these systems out,” Holmes said. “For example, are you hitting your quality-control targets, and are things getting through?”

There is also the question of whether or not producers with global supply chains are compliant with local regulations. “Cross-border regulations aren’t always consistent,” as Holmes points out. “Are you sure that your supply chain is compliant throughout the world?”

Personnel changes can also lead to human error, another factor in product recalls.

COVID created a massive workplace dislocation. During April 2020, in the first of a series of lockdowns required to manage COVID infection rates, more than 2 million Canadians lost their jobs. Even as late as April 2021, when lockdowns took place to control the spread of COVID variants, 270,000 Canadians lost their jobs, Statistics Canada data show.

“You might be having a lot of personnel turnover,” Holmes says, citing the pandemic era as an example. “Maybe you’ve had to manipulate your shifts to comply with COVID. Maybe you are working through the night on three different shifts. You are bringing in new people, you are training them. A lot of stuff is automated, but there is still a lot of [human] interaction. You still see a lot of human error along the way here.”

For some, a change in business model means learning how to do old things in new ways – with unintended consequences.

For example, some suppliers that typically sell wholesale to large restaurant chains may now be selling direct to consumers in their homes. “They have changed their business model, and does that come with risks in areas that previously weren’t considered by those businesses potentially?” Holmes asked.

The IPAC data, cited in the Crawford white paper, suggests roughly 38 healthcare-related products were recalled in 2020 compared with just two the year before.