Why there is very little MGA consolidation

Managing general agencies (MGAs) in Canada are currently engaging in very little mergers and acquisitions activity among themselves because the market is still growing organically and is less mature than in other countries, the managing director of the national MGA trade association told Canadian Underwriter recently.

Compared to other countries, the MGA market in Canada is less mature. “That’s why it’s growing,” Masnyk said. “If we look at the U.K, or the U.S., or Australia, MGAs there represent almost 20% of the sector. In Canada, we’re less than 10%. If [Canada] follows what’s happened in the U.K., U.S., and Australia, there’s still room for an almost doubling the size of the sector.”

It remains to be seen whether a doubling of the sector will translate into more M&A activity. Masnyk made his comments during a discussion about whether the industry will see more MGA consolidation in the future, especially given that there is only a certain amount of capacity in the market.

Some in the industry have suggested that MGAs in Canada would resort to M&A to achieve growth during the hard market because many MGAs are chasing a shrinking number of accounts. 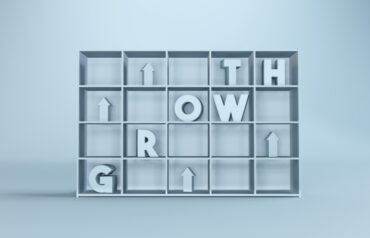 Masnyk observed that there are two main ways for the insurance sector to grow – organically (i.e. increased policy sales) and through acquisition.

While brokerages and carriers “have sort of plateaued for growth simply because the economy is only a certain size,” Masnyk said, the MGA sector is growing organically.

“A large number of MGAs, members of ours, have seen 20% to 30% organic growth year-over-year in the last couple of years,” he said. “That’s unheard of – literally 20% last year and 20% the year before as far as volume [is concerned].”

Why is there such growth? More insurers are getting out of certain lines of business during the hard market and allocating the underwriting of those risks to MGAs.

In the current COVID-19 environment, some businesses in the restaurant and hospitality sector are having difficulty finding affordable – if any – insurance. Masnyk says that for years, the sector was not underwritten properly and “the bubble burst” at the same time the pandemic hit. While claims numbers in these business classes grew to be quite high, businesses in these sectors were paying very low premium rates in spite of the growing exposure over the last number of years.

“There’s also the mix of insurers who are more focused on standard risks, or substandard, and those get picked up a lot more easily by MGAs than big carriers,” he said.

Also, Masnyk noted, there is a shift in whether a carrier or MGA takes on the risk. Historically, brokers would try to place a risk with a carrier first, then an MGA. “Now brokers are trying both at the same time; and, in some cases, they are trying MGAs first.”