Why this auto insurer is proposing a ‘rate rebalance’

Reflecting current frequency and severity trends, and in an effort to promote fairness across vehicle types, SGI is essentially asking for an overall 1.7% rate increase, with a rate rebalancing for all vehicles. The proposed 1.7% increase would be offset by a proposed decrease to the capital margin for all vehicles.

Under the proposal, about half of Saskatchewan vehicles (52%) would see rate decreases, with an average annual reduction of $102. There would be an average annual rate increase of $96 for about 48% of vehicles, and no rate changes for the remaining vehicles (less than 1%).

SGI said Tuesday it has submitted its proposal to the Saskatchewan Rate Review Panel for review and approval. While the end result would be an overall 0% change, “if approved, rates will be rebalanced to move closer to each vehicle group paying a sufficient amount to cover the cost of insurance claims for that group,” SGI said in a press release Tuesday.

The Saskatchewan Auto Fund, administered by SGI, provides basic, universal auto insurance coverage to Saskatchewan residents. It operates on a self-sustaining basis and neither receives money from, nor pays dividends, to the provincial government.

So, why does the Auto Fund need a rate rebalancing? 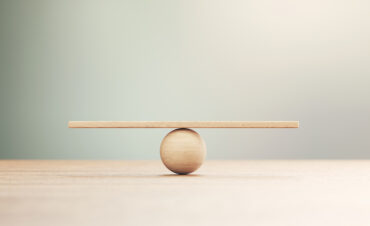 “The primary factors impacting the proposing rate change are improving injury claim experience, offset by increasing damage claim costs, and recent increases to administrative and other expenses,” SGI wrote in its proposal. “The net result is a need for a 1.7% increase to the overall premium collected to match the expected claims and expenses in the rating year. However, the added adjustment to decrease the capital margin results in a net 0% changes overall.”

The capital margin is an additional amount that is included in the cost of a customer’s premium, explained Tyler McMurchy, SGI’s manager of media relations. In addition to collecting sufficient premium to cover anticipated claims costs, the Auto Fund needs to maintain an appropriate level in the Rate Stabilization Fund, which is like a savings account to cover emergencies. “It ensures customers are protected in the event of higher-than-expected claim costs or lower-than expected investment income in any one year.”

Currently, the premium a customer pays includes a 2.2% capital margin, so proposed rates would include a reduced capital margin (down to 0.6%).

McMurchy told Canadian Underwriter on Wednesday that SGI last did a full rebalancing of rates in 2014.

“Essentially, this is intended to update SGI’s rates to reflect current injury frequency and severity loss trends,” he said. “The changes in the application are meant to move SGI closer to rate fairness across different vehicle types, by adjusting rates so some people pay more and others pay less — depending on their vehicle type, based on the expected claims experience of those vehicles.

“With these proposed changes, we anticipate the overall premium we will collect, plus investment income, will be sufficient to pay claims and other expenses.”

Saskatchewan’s rate review process includes a 141-day review period. The Saskatchewan Rate Review Panel will review SGI’s proposal and seek feedback from the public; the panel will then submit a report with recommendations to the Minister of Crown Investments Corporation.

McMurchy said the panel is expected to issue a report to government by late October, with a decision by government to follow in November.