Removing the stigma of mental illness is something all industry leaders need to work on, and one of Canada’s biggest insurers is promoting mental well-being by giving workers more time off than they would normally be entitled to.

RSA is trying to raise awareness around mental health, Ince said Aug. 22 during the leaders’ panel at Symposium West. 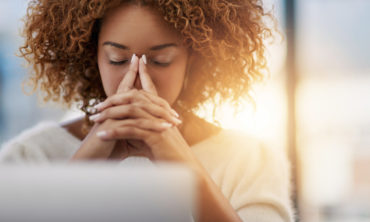 At RSA Canada, part of the rationale for giving workers 10 days off is to let people use those days however they want, said Ince. A worker only needs to tell their supervisor they are taking a personal day and does not need to give a reason.

“Maybe they are going through a grieving process and they didn’t have enough time for bereavement – whatever that may be which causes stress in their personal life or even their work life.”

Farm Mutual Reinsurance Plan Inc.  does not have exactly the same policy but does have a similar philosophy.

“We don’t have formal 10 days off but if you need it, we’ll support it,” said Steve Smith, then president and CEO of Farm Mutual Re, who retired at the end of August.

Produced by the Insurance Institute of Canada, Symposium West was held at the Cambridge office of Farm Mutual Re and the Ontario Mutual Insurance Association.

“We have someone on site every day that can meet people one on one to discuss their own health and wellness issues that they want to address.”

Moderator Kadey Schultz, a partner with law firm Schultz Frost, asked panelists how industry leaders can do a better job of removing the stigma.

“I think we all have a role to role to play in removing the stigma” of mental health disorder, said Greg Smith, chief client officer of Crawford & Company (Canada) Inc. “Five years ago this would not have been a topic a gathering of insurance people.”

Crawford has invested in mental health first aid training for its senior leadership.

“It talks about mental health as an illness. It equates it to a broken leg, cancer or heart disease – something that you should just talk about and accommodate as an employers,” said Smith.

“I think one of the things that happens is, when you don’t realize someone is in crisis, you tend to make comments like, ‘Oh, what’s wrong with her today? You can’t say anything to her. She just cries at the drop of a hat. Or are you nuts? Are you losing your mind?’” said Medeiros.

“No one means to be like that but when you don’t know someone is in crisis, these words mean a lot. They shut people down.”