Hard markets and “difficult” markets are two different things, and one property and casualty insurance industry consultant is not convinced we’re in a hard market. 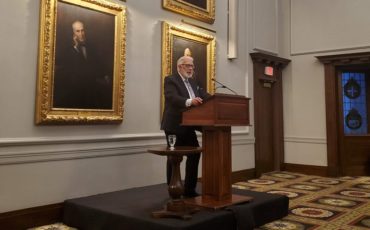 “Almost universally, people are talking about us being at the beginning of a hard market or being in a hard market,” said Phil Cook, a veteran P&C industry consultant, at the Insurance Institute of Canada’s Industry Trends & Predictions: 2020 breakfast in downtown Toronto. The chairman of Omega Insurance Holdings Inc. has been in the Canadian insurance marketplace since 1967.

“Hard markets are really only properly identified with benefit of hindsight,” he said. “It’s very difficult to say in the first year of a hard market that you’re in a hard market, because it only really becomes apparent after one, two, or three years that this is the beginning of a hard market. By 2022…we can look back and say, ‘Yes, it was a hard market.’”

Hard and soft markets are not the same as market cycles, Cook said in his presentation. The industry is always in the middle of market cycles, which tend to last about three to five years in North America. There’s no middle ground in market cycles – they are going one way or another.

Cook acknowledged that many in the industry would beg to differ. Several reports are available by brokers and insurers that discuss increased rates and withdrawn capacity in personal lines home and auto, and scattered capacity withdrawals and rate increases in commercial lines.

Other components that typify a hard market include: