A British Columbia judge should not have used a North Vancouver ski resort’s warning notices to throw a personal injury lawsuit out of court, the province’s appeal court found in a ruling released March 4.

In Apps v. Grouse Mountain Resorts Ltd., Justice Catherine Murray of the B.C. Supreme Court ruled earlier this year that Jason Apps was bound by the terms of a waiver of liability.

But with the overturning of her ruling on appeal, Apps is now able to proceed with a lawsuit.

The appeal court did not rule on whether or not the resort is actually liable. Apps was catastrophically injured after a snowboarding accident in March of 2016.

The ticket that Apps bought, as well as signs posted on the property, indicated that customers waive their right to sue the resort for personal injury.

After buying his ticket, Apps went with friends to the top of the mountain and then to the terrain park. The sign at the entrance to the terrain park is clear and easy to read, Justice Murray found in her original ruling. That sign reads: 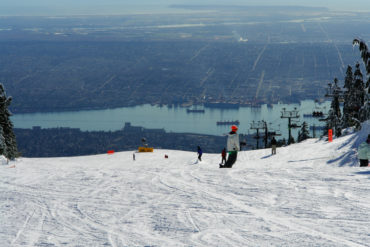 “When using the freestyle terrain, you assume the risk of any injury that may occur. The ski area operator’s liability for all injury or loss is excluded by the terms and conditions on your ticket or season pass release of liability.”

But the fact that this warning sign was clear and easy to read is not key to the case, Justice Christopher Grauer suggested for the appeal court in its unanimous ruling. What matters is the warnings Apps got before he bought his non-refundable ticket.

Originally, Justice Murray commented on the main text in a notice posted near the ticket booth at the main entrance to the resort. She found the main text in that notice is hard to read because it is one long paragraph with many commas and semi-colons.

By taking into account the sign at the terrain park entrance, Justice Murray made an error in law, the appeal court ruled. This was because Justice Murray considered what was posted on a sign that the plaintiff could not have seen until well after he purchased his lift ticket.

What is key is what was done to bring the relevant terms of the waiver to Apps’ attention before he agreed to buy his non-refundable ticket, the B.C. appeal court ruled.

“What was said on the signs at the entrance to the Terrain Park is relevant only to the question of whether it gave reasonable notice of the risks of using that park, a question that is not before us,” Justice Grauer wrote. “By the time Mr. Apps arrived at the Terrain Park, he had paid for his non-refundable ticket, taken the lift up the mountain, and had begun snowboarding. It was far too late to give notice of what was in the waiver. That had to be done at or before the ticket booth.”

Apps alleges that Grouse Mountain was negligent, in breach of contract and in breach of the B.C. Occupiers Liability Act in the design, construction, maintenance and inspection of the jump. Those allegations have not been proven in court.

The sign near the ticket booth has the following text at the top: “PLEASE READ EXCLUSION OF LIABILITY ON TICKET.”

Below that and above the phrase “please read carefully” it says the following in block letters:

Notice to all users of these facilities

Below it says “please read carefully” and below that is the following 260-word passage:

As a condition of use of the ski area and other facilities, the ticket holder assumes all risk of personal injury, death or property loss resulting from any cause whatsoever including but not limited to: the risks, dangers and hazards of skiing, snowboarding, tubing, tobogganing, cycling, mountain biking, hiking and other recreational activities; the use of ski lifts, carpet lifts and tube tows; collision or impact with natural or man-made objects or with other persons; slips, trips and falls; accidents during snow school lessons; travel within or beyond the area boundaries; or negligence, breach of contract or breach of statutory duty of care on the part of the ski area operator and its associated companies and subsidiaries, and their respective employees, instructors, guides, agents, independent contractors, subcontractors, representatives, volunteers, sponsors, successors and assigns (hereinafter collectively referred to as the “Ski Area Operator”). The ticket holder agrees that the Ski Area Operator shall not be liable for any such personal injury, death or property loss and releases the Ski Area Operator and waives all claims with respect thereto. The ticket holder agrees that any litigation involving the Ski Area Operator shall be brought solely within the Province of British Columbia and shall be within the exclusive jurisdiction of the Courts of the Province of British Columbia. The ticket holder further agrees that these conditions and any rights, duties and obligations as between the Ski Area Operator and the ticket holder shall be governed by and interpreted solely in accordance with the laws of the Province of British Columbia and no other jurisdiction.

More News
Related
Does a business have to highlight a waiver of liability to a client?
Could CGL policy have to cover this dry cleaning pollution claim?
How liability coverage limits determined what this bar owed in commercial host lawsuit
Why Aviva Canada does not have to defend this sexual abuse lawsuit