Liability loss inflation may be a new topic of discussion for securities analysts who watch the property and casualty sector, but for Canada’s largest insurer, it’s nothing particularly novel.

“There is inflation,” Charles Brindamour, CEO of Intact Financial Corp., observed during a recent earnings call of liability lines. “I am surprised that it is talked about now as if it’s something new, because we think it has been percolating in the system for many years.”

During the Q&A portion of the call, a securities analyst noted insurers in the United States are talking about liability loss pressure from litigation and settlements. The analyst asked whether Intact is seeing similar pressure. 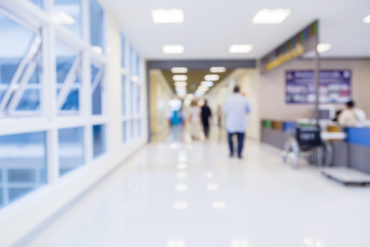 There is been pressure on the liability line for some time, especially with claims of psychological damage, concussions, post-traumatic stress disorder and chronic pain being “sort of invoked far more often than before,” suggested Brindamour. “There has been, in the past three or four years, greater representation of lawyers on files. If this sort of recognition, that there is inflation in liability, drives a harder market, then we are all for it.”

Intact has now been exposed to liability claims against healthcare providers for more than two years, with the acquisition in 2017 of commercial specialty insurer OneBeacon.

Since then, Intact has withdrawn from casualty business where the exposure is difficult to price, Brindamour said during the Nov. 5 call, which was focused on Intact’s financial results for the three months ending Sept. 30.

As of July 1, 2019, OneBeacon had exited the U.S. health care business, which had direct written premiums of US$75 million during the first half of 2019. The combined ratio in Intact’s U.S. business was 95.9% in Q3 2019 and 94.9% for the first nine months. But if you exclude the results of healthcare, the combined ratio for the first nine months at OneBeacon would have been 92.8%, Intact said in its Q3 financial results.

There is a tendency south of the border for physicians to move out of private practice and into larger organizations, Intact chief financial officer Louis Marcotte said during the earnings call. “Hospitals are sending acute care patients to outpatient facilities, so all of a sudden those facilities that were [previously] basically really low exposure, are now picking up hospital-type exposures. So, we felt that the market we were going after was disappearing.”

It was very difficult for Intact to get that type of business to a combined ratio in the low 90s, Marcotte suggested. “We were getting smaller and smaller and smaller, so at some point you have to figure out it makes more sense to get out of the business completely.”

More News
Related
Could CGL policy have to cover this dry cleaning pollution claim?
Liability claims that could arise from the pandemic
How liability insurers will react to military report on long-term care homes
Why Aviva Canada does not have to defend this sexual abuse lawsuit