“There’s definitely an uptick in mould claims from a clean-up perspective, discovered during renovations resulting from storms,” Tagert told CU in an interview. “And then you also get the bodily injury side of the claims, where people say they’re exposed to mould and they’re having breathing problems or their child has asthma now.

“So, you have to defend those claims,” he said. “We spend a lot of time underwriting that part of the risk.”

AGCS’s policy specifically addresses mould and remediation and any bodily injury claims that could arise from mould, but not the restoration of water damage that would be covered by a commercial property policy.

“A lot of times in these claims, the property carrier claims adjusters and the environmental claims adjusters work together, because obviously there’s co-mingling of costs involved when you’re dealing with water damage that also has mould damage,” Tagert said. “There’s usually a work-together process to figure out where they’re going to allocate those costs.”

For example, during 2012’s Superstorm Sandy in New York City, Tagert saw a claim with a previous employer in which multiple, connected buildings experienced the release of laboratory chemicals. The chemicals mixed with asbestos materials and fuel from underground heating oil tanks. 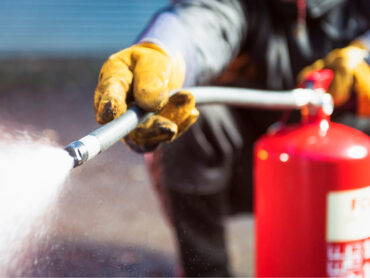 “It took months and months to address, in addition to just the water damage that occurred,” said Tagert, who has 24 years of experience in the environmental insurance industry, mostly on the underwriting side.

“So, we see that the claims aren’t just mould; they do impact other types of pollution conditions, which are more likely excluded from traditional property and [commercial general liability] policies,” he said. “You may have some limited mould coverage in a property policy, but in most cases, other pollutants are going to be excluded.”

In some cases, a power outage can shut down HVAC systems and create an imbalance in humidity within the building. “We’ve had storm-related power outages that have resulted in no water damage, but resulted in mould growth in buildings because of simply not having the proper air exchange,” Tagert said.

Wildfire response can also create environmental risks. Of particular concern are ‘forever chemicals,’ such as PFAS (per- and polyfluoroalkyl substances), that can be found in firefighting foams, but also textiles, cosmetics and food-packaging materials. These substances are now being banned across the world due to their toxic, carcinogenic properties.

“The firefighting foam itself becomes a pollution condition,” Tagert said. “When [it] is sprayed onto a fire, that’s going to need to be cleaned up now. And those clean-ups can be substantial.”

He gave the example of a truck that caught fire on the side of a highway. Firefighters used foam on the truck engine and the materials leaked into a creek. “It was a $2 million clean-up just from a simple truck fire,” Tagert reported.

“People need to think about it – that there’s non-traditional pollution out there. Environmental insurance is one way that other companies can help protect the environment because they’d have insurance to help clean up and deal with environmental issues that they might have.”