Insurance company survival and relevancy will be big issues for the industry in the coming decade, predicts a P&C industry consultant.

“We are facing somewhat of a crisis in that our industry is only picking up 32% of catastrophic losses last year,” said Phil Cook, who is also the CEO of Omega Insurance Holdings. “Put it another way: two-thirds of catastrophic losses are not covered by insurance. Because governments are the main insurer of that two-thirds, we’re going to be marginalized if we don’t find a way to move into uninsured areas and uninsured lines of business.” 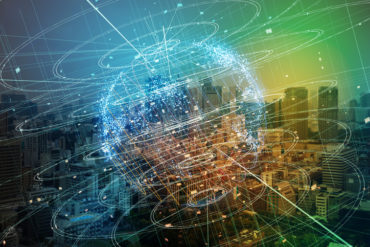 Cook spoke last week at the Insurance Institute of Canada’s Industry Trends & Predictions: 2019 breakfast, where he discussed a variety of topics, including predictions for 2019 and each decade from the 2020s through to the 2050s.

In the 2020s, survival and relevancy will be a consuming issue for the industry, Cook suggested. “How do we remain relevant when we are only covering a third of the catastrophic losses?” he asked. Cook noted that while there are some countries with no insurance infrastructure to cover losses, “it’s pretty common to be covering a third or 40% of the catastrophic loss” in western countries. “We have to do better, even if it is a joint venture with government.”

In the 2030s, Cook predicts “very significant consolidation,” as insurers look to become more multinational. “We’ll see far fewer insurers and I think we might see more sharing and more joint ventures between insurers simply because they need market spread to get into these areas that are under-served at this point.”

The following decade will see a culmination of the international operation mentality, Cook predicted of the 2040s. Insurers will be able to operate within any country they want, which is going to require significant regulatory movement and consolidation from country to country to allow insurers to operate in multi-locations. “I think that’s inevitable and it will also herald the beginning of the modern new economies,” he said, adding that there will also be a shift in the definition of a developing (a so-called ‘Third World’) country and a ‘First-World’ country.

By the 2050s, Cook predicts completely open borders for trade and the insurance industry. He also sees more sharing of wealth as “governments and economists will realize they have to create consumers and they can only create consumers by bringing the standard of living up in some countries where it’s very low, to the point where they can become consumers.

“It will be a fact of life that we will need to have a spread of risk and economies that are much more equal than there are today.”

2 Comments » for What will insurance look like in 30 years?