Will Ontario’s new law result in a flurry of snow removal capacity?

On the day before heavy, wet snow and slush graced the streets of southern Ontario, the provincial government passed a law Tuesday that brokers believe will make it easier for them to find insurance coverage for snow removal contractors.

The Insurance Brokers Association of Ontario (IBAO) said it’s optimistic that “Bill 118 will encourage more insurance companies to write this line of business, if not for this season, for 2021-22.”

Bill 118 is intended to make it easier for brokers’ commercial clients to defend themselves against slip-and-fall personal injury lawsuits related to snow and ice. Section 6.1(1) of the province’s Occupiers’ Liability Act now bars a claimant from taking legal action to recover personal injury damages caused by snow or ice unless defendants have received 60 days’ notice of the intent to sue.

The 60-day window represents a change from an earlier version of the bill, which previously called for only 10 days’ notice. The 10-day notice was too short for an injured claimant to obtain information about the defendants, critics of the earlier version had argued. The amended version, now passed into law, has a 60-day notice period.

Before Bill 118, the notice period was two years.

The thinking behind Bill 118 is that it’s more difficult for a defendant to gather relevant evidence about what happened two years ago, say, than just 60 days after an accident. The province’s brokers believe the change will reduce the liability exposure of snow removal contractors and businesses responsible for clearing snow and ice away from their properties. That, in turn, may make it more attractive for insurers to underwrite the risk, which has been deemed to be unprofitable for some time. 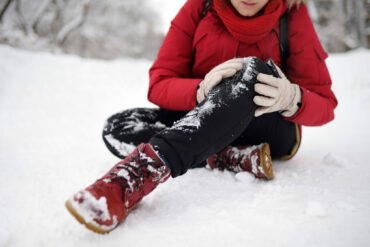 One snowplow operator told Canadian Underwriter in February that his insurance premiums had jumped from $16,000 a year to $52,000 a year.

“A lot of big corporate entities that have public places in need of snow clearing have extremely onerous contractual conditions that pass on all liability to snow-clearing contractors,” Hirst observed.

Also, he noted, legal costs and awards arising from slip-and-fall cases in Canada are on the increase.

The high costs caused several insurers to exit the class of business altogether, meaning that in wintry Canada, it was all but impossible in some cases to find an insurer willing to write the snow removal business.

“Brokers across Ontario have been hearing from policyholders that availability of snow removal insurance for their businesses was scarce to non-existent in some regions, meaning some operators wouldn’t be able to secure the necessary liability insurance to cover their business this winter, and therefore would be unable to operate,” IBAO observed in a media statement. “Bill 118 establishes new criteria around snow removal liability that will encourage insurance availability to return in Ontario.”

With the new law in place, said IBAO CEO Colin Simpson, “We’re…optimistic that rural and small to medium-sized snow clearing businesses will resume operation once the insurance industry is able to respond to this positive move.”

8 Comments » for Will Ontario’s new law result in a flurry of snow removal capacity?