Will roadside marijuana tests be upheld in court?

The ability to properly test marijuana impairment with roadside devices remains front and centre seven months after legalization, with at least one possible legal fight brewing.

“I think our big issue in Canada, whether it’s a roadside test or from an employment perspective, is we don’t have the tools to test properly,” said Heather Matthews, senior vice president of Crawford & Company (Canada)’s National Claims Management Centre. “I think we are going to find there will be tests done, but I think we will find ourselves in court for some time.” 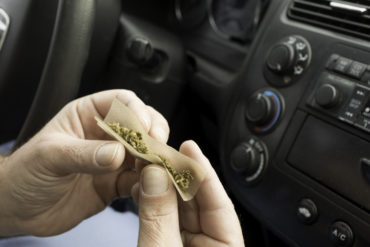 Matthews suggests the situation will be no different than when the breathalyzer came in as a testing device. “People challenged it and got off on technicalities.” She suspects the issue will even make its way up to the Supreme Court of Canada.

Some police officers have expressed concerns over using the one approved roadside testing device – the Drager DrugTest 5000 – and how its results might hold up in court. The Canadian Press reported late last month that another device, called SoToxa, could become approved drug screening equipment under Canadian law.

Roadside-testing technology is already facing a possible legal fight in Nova Scotia. Michelle Gray, a medical marijuana user, had her licence suspended after a positive saliva test for cannabis, even though she passed a police-administered sobriety test the same night, the Canadian Press reported. Gray and her lawyer have publicly said they plan to launch a constitutional challenge.

The issue of recreational marijuana in Canada and the United States was discussed by Matthews and Dr. Marcos Iglesias, chief medical officer at Broadspire, at the RIMS US conference, held in Boston from Apr. 28-May 1. Broadspire, a Crawford company, provides personalized claims solutions in workers compensation, accident and health and third-party administration, among other areas. The two presented at a session called Managing the Use of Marijuana in the Workplace: A North American Perspective.

Dr. Iglesias said it’s unfortunate that even risk management and insurance professionals are generally uneducated about the topic of recreational marijuana. “What they get is what they are getting from the public media both in terms of what’s legal and what’s not legal, and employment issues,” he said. “The whole idea of testing, there’s a lot of misconceptions out there. There’s a lot of misconceptions about its medical use and its efficacy. I’m not surprised even in a group like the group that came to hear us that there’s jut a lot of myths and misconceptions out there.”

Bill C-45, the Cannabis Act, went into effect Oct. 17, 2018. Canadians can legally possess up to 30 grams of legal cannabis, dried or equivalent in non-dried form, in public.

3 Comments » for Will roadside marijuana tests be upheld in court?