Will the gig and sharing economy kill bundled policies? 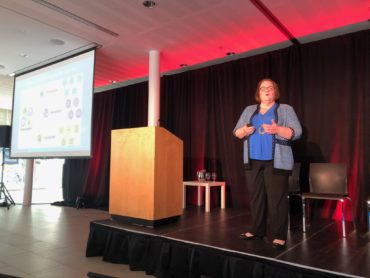 Denise Garth, senior vice president of strategic marketing at Majesco, speaks at the Insurance-Canada.ca Executive Forum in Toronto on Aug. 28.

The rise of the gig and sharing economies stands to kill a traditional insurance selling feature: bundled policies. That means it’s time to change the way the industry approaches its selling strategy, one insurance expert believes.

The growth of gig work – in which people jump from temporary job to temporary job, mostly through contract work – and the sharing industries present “one of the greatest opportunities” to meet a new set of expectations for a new demographic, said Denise Garth, senior vice president of strategic marketing at Majesco. It’s a chance to think about insurance differently and how it’s offered.

A recent J.D. Power auto insurance study found that customers with bundled policies are more satisfied with their insurance experience. However, consumer needs are changing and insurance companies need to keep up with the times, Garth pointed out. People may want coverage for a short period of time to cover things like a week-long bike ride or a one-off event in their lives.

“We got to think about deconstructing insurance into different components instead of having it all bundled together into a big policy,” she said at the recent Insurance-Canada.ca Executive Forum in Toronto.

Garth cited survey results that found 22% of Millennial and Gen Z buyers (people born between the early ’80s and late ’90s) are participating in the gig and sharing economy. More than a third of owners of small- and medium-sized business owners in this age group are also taking part. And when you go to the older cohorts – Gen X (born between the mid ’60s and 1980) and Boomers (born after the second World War and mid ’60s) – 36% of businesses are players in this new type of economy.

What else do people want? Value-added services. “These are things that are not traditionally thought of as an insurance product,” Garth said.

American insurers are moving towards buying companies through which they can offer additional services, like home repair or maintenance. Customers can have those products added to their insurance policy. That’s a trend carriers should pick up here, Garth said. It’s more ways to engage with them to show your value and create a different kind of insurance experience.

“It’s a way to interact with your customers more directly,” she said. “This is low-hanging fruit.”

It’s all part of her ‘think differently’ message, something traditional insurers and brokers are hesitant to do, but insurtechs are all-in. They have approached the industry from a different point of view than the traditional players.

“You have to start thinking about it from an outside-in perspective. That’s when the creativity can really go forward,” Garth said.