Willis Re is supporting the B3i initiative – the global blockchain effort launched last fall – by becoming a member and taking part in its prototype market testing phase. 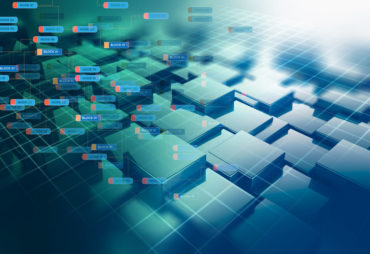 The announcement follows the successful launch of a working market testing prototype at the Monte Carlo Rendezvous in September, notes a statement from Willis Re, the reinsurance business of global advisory, broking and solutions firm Willis Towers Watson.

“Willis Re’s feedback will inform the development of a viable platform for the (re)insurance industry by the second half of 2018,” it reports.

Member companies “have been working on a joint distributed ledger for reinsurance transactions driven by blockchain technology for several months. They showcased a full functional beta version of the system at the conference and also shared details of its vision, its industry business case and the next steps involved,” SCOR noted.

Willis Re reports that testing of the blockchain prototype – starting with contract development and continuing throughout to the automated calculation for payment of claims – is set to begin this month and will involve creating and managing property catastrophe (re)insurance contracts to evaluate the post placement processes.

“We are delighted to support B3i’s initiative to take advantage of blockchain technology to develop news ways to interact with all parties involved in the reinsurance value chain,” James Vickers, chairman of Willis Re International, says in the statement.

“I am excited to see how this important initiative can transition from a successful prototype proof of concept to widespread practical application,” Vickers points out.

Since B3i’s launch last October, Willis Re reports the effort has attracted interest from Asia, Africa, Australia, Europe, the Americas, the Middle East, and the Caribbean.

Welcoming Willis Re as a member, “in less than a year, B3i has become truly global, both in terms of the work we are undertaking and the companies we represent,” says Paul Meeusen,

SCOR notes the vision of B3i members is to build an efficient world-wide industry platform for market participants to more easily cede, handle and trade risks.

“The short-term focus of the platform is on handling reinsurance contracts, with ultimate possible productivity gains of up to 30% across the whole value chain,” the statement adds.

Beyond the potential efficiency gains of as much as 30% is the “conservative expectation of a combined ratio reduction of 0.5 %,” notes a statement from the conference, comments on the release of the fully functional beta version of its integrated blockchain solution.

head of distributed ledger technology for Swiss Re and the reinsurer’s B3i representative.

Key features of the blockchain application are as follows: privacy preserving transactional transparency and security features; suitable for complex business logic and a modular software design; pluggable components providing flexibility to consensus algorithms and other features and integration possibilities to existing system, the statement notes.

“Today’s insurance industry processes are overly complex, often manual, error-prone and expensive,” it reports. “Our mission is to reduce the protection gap by significantly reducing the cost of insurance, thereby making it affordable and accessible to millions of end-customers. This will enable us to improve the management and trading of insurance risks.”

More News
Related
ATB Financial joins R3 distributed ledger consortium
Munich Re operating result down in 2016 from 2015, new partnerships could answer changing client demands
Net income for Swiss Re US$1.2 billion in 2017 H1, down from about US$1.9 billion in 2016 H1
Allianz trials blockchain prototype for the captive insurance market