Ontario’s mandatory auto insurance discount for winter tires has not been in place long enough to figure out whether it reduces insured losses, but one safety expert compares winter tire skeptics to flat-earthers.

The Financial Services Commission of Ontario (FSCO) “does not have aggregate comparison claims data on the effect of the mandated winter tire discount on claims costs,” a FSCO spokesperson told Canadian Underwriter Friday. 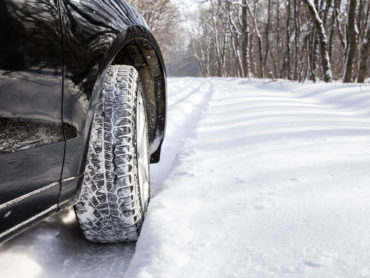 But insurance companies in some cases will want them on at a certain period of time — Nov. 15 or so, Silverstein said in an interview Thursday.

And after a large snowstorm, collision reporting centres “will tell you that the vast majority of vehicles that are in there from significant collisions don’t have winter tires,” Ontario Safety League president and CEO Brian Patterson said.

“There is such an incredible false economy to saying, ‘No I don’t want to put winter tires on my car,’” Patterson said. “Anybody’s who been in a small low-speed collision will soon realize that the deductible damage that you are going to incur yourself is probably more than that set of tires.”

The average auto insurance premium paid in Ontario per vehicle is $1,458, according to InsuranceHunter.ca, meaning the discount in Ontario amounts to around $73. Winter tire prices found on the Canadian Tire website range from between $57 to $136 per tire.

One of the top risks in B.C. is “cars sliding off the road or getting stuck due to not having winter tires or using tires with worn out tread,” the B.C. Automobile Association said Nov. 29 when it released data from its Winter Driving Survey.

The BCAA commissioned Insights West to undertake the study, which included 735 drivers and is considered accurate within 3.7 percentage points 19 times out of 20.

Winter tires have been mandatory in Quebec since 2009. In Ontario, auto insurers have had no choice since Jan. 1, 2016 to reduce rates for vehicle owners with winter tires.

Many Ontario auto insurers give customers a 5% discount for having winter tires, Silverstein reported, but that discount varies by company and by individual policy.

In Ontario, Finance Minister Charles Sousa first announced the mandatory discount in April, 2015, while tabling the 2015-16 budget. Sousa referred at that time to a law passed in 2013 making it mandatory to file rates with the goal of cutting the average premium 15% over two years.