Vehicle damage claims frequency appeared to be 6% lower for vehicles with winter tires than those without winter tires, Manitoba’s public auto insurer concluded in a recent study.

“The estimated 6.3% reduction in claim frequency due to winter tire use translates to 1,152 claims that were avoided during the winter of 2017/18,” Manitoba Public Insurance said in a report released Oct. 28. “There is strong evidence that the operational benefits of winter tires impact claims.”

The study was specifically on repairable physical damage claims, rather than claims from other lines of auto insurance — such as total losses or bodily injury.

MPI also concluded there is a 5.7% reduction in the severity of repairable vehicle damage claims when winter tires are used during the winter months.

Only passenger vehicles and light trucks were included in the analysis.

The study was based on collision claims over the insurance years 2011-12 to 2017-18, MPI said in its 47-page report, Winter Tires: An Analysis of Their Effectiveness in Reducing Physical Damage Claim Frequency & Severity. 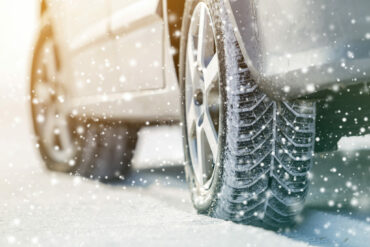 Based on these findings, MPI estimated it saved $6.5 million, in the winter of 2017/18, on repairable physical damage claims as a result of winter tire use.

The study used two sources of MPI data. One was first notices of loss entered into MPI’s CARS (claims administration and reporting system). The other set of data is from an incentive program MPI launched, in 2014, offering motorists low-interest loans (prime plus 2%) of up to $2,000 towards buying winter tires as well as towards some of the associated costs.

But MPI found that data had limitations. For example, the motorists who use winter tires might be different (for example in age, income, and driving behaviour) from those who do not put winter tires on their vehicles. There are also differences over time — such as vehicle aging, repair costs increasing and variations year over year in weather and winter driving conditions.

So the final conclusion is based on a complex statistical analysis, which is intended to estimate the mean difference between winter tire and non-winter tire severity.

Winter tire policy varies by province. In Quebec, they are mandatory in the winter. In Ontario, regulations passed in 2016 require auto insurers to give discounts for winter tires. The exact discount and criteria vary among insurers in Ontario. Some specifically require the mountain/snowflake symbol. In British Columbia, winter tires are required on certain highways specified in provincial regulations. Those regulations say in order to be considered winter tires, they can have either the letters M and S or the mountain/snowflake symbol.