More property and casualty insurance industry professionals are working from today than six months ago — and more are “very satisfied” to be doing so, according to a Canadian Underwriter poll conducted last week.

Canadian Underwriter first asked the industry back in January about their satisfaction with working from home, and how they felt about a potential return to the office. We conducted the study again last week, between Monday and Wednesday, to see how opinions have changed over the last six months.

Today, 90% of P&C professionals report they are working from home, according to the 800 industry professionals who resonded to our Working From Home survey. Respondents included insurance company employees, brokers, risk managers, and claims professionals.

That’s an uptick from the 86% who said they were doing so in January.

COVID-19 was declared to be a global pandemic in March 2020. Over the past six months, many provinces have enacted lockdown measures of varying degrees of strictness to contain the spread of the virus; only recently have some started the early stages of re-opening. The insurance industry is an essential service, so the office ir offices are still open, but many employees have been working from home since last March to prevent the spread of COVID-19.

Our survey shows in January that most expected the work from home arrangement to last for six months or less, not the 15 months it has taken for COVID vaccines to be developed, manufactured, and distributed.

Over the past six months, the industry seems to have settled into the routine of working remotely. Overall, P&C industry professionals reported being happier with the extended work-from-home arrangement than they were six months ago.

That’s up slightly from the 70% in January who reported some degree of satisfaction with working from home. In January, the breakdown was 42% very satisfied, and 28% satisfied.

Today, 13% feel neutral about working from home (15% in January), while 8% are dissatisfied (12% in January). Four per cent are very dissatisfied at home, up one percentage point from January. (Note: numbers may not add up to 100 due to rounding.) 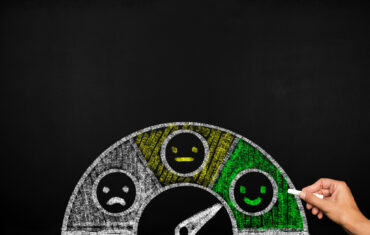 Why do P&C professionals appear to be more satisfied with working from home now than during the dead of winter?

In open-ended responses, many P&C professionals cited the elimination of their commute. They didn’t miss the stress of fighting traffic and being packed in on public transit. They also like the time savings associated with not travelling to work — everything from getting dressed, to the time it takes to get to the office.

“It allows for more productivity — no commute, less gas and wear-and-tear on [the] vehicle, less stress by not being on road,” said one respondent. “No rush to log off [in the office] to have to beat traffic.”

Increased productivity was a theme for a number of survey respondents.

“Much higher quality of life, more sleep, more brain-power during work hours, more time spent in Nature, much more of a balanced existence,” said one reader.

The same reader questioned why those who seem to be encouraging a return to the office fit a similar profile.

“I’ve been annoyed by the deluge of articles written from the perspective of only CEOs and extroverts, assuming that all of us work better when we’re in the office,” the reader added. “[Work from home] has meant more career opportunities for me, more inclusion in non-local meetings, more chances to meet colleagues from across the globe. It’s been wonderful for my mental health and my career!”

“Although I miss my colleagues and the social aspect, I tend to be…more productive working from home. My overall health has improved [by] taking time to eat a meal, going for walks. The extra time that I’m not driving, I can use to go for a walk, throw a load of laundry in, stretch, or meditate.”

Several believed that having a quiet space at home was more conducive to getting work done as opposed to a noisy office.

“Quiet space to work at home, better quality work because of the quiet, more work is completed,” said one. “Less office politics.”

“I didn’t think I would like working alone and from home, but I enjoy it very much. It’s simplified my life,” said another.

But it’s not all fun and games wearing shorts or yoga pants under the desk all day.

Several respondents pointed to some drawbacks to working from home.

“Happy not to have to dress up for work and entertain walk-ins,” said one, “but sometimes it’s hard to feel good about the job you are doing and losing the social aspect.”

Others lamented the fact that they never hear back from colleagues in a timely manner. Some said they couldn’t concentrate properly at home due to distractions such as kids who are in virtual school at home.

“I have five people in our house working and schooling from home,” one reader said. “It is horrible and not sustainable. No employer is addressing the mental health toll on those of us working, teaching, parenting, and barely surviving.”

The lack of separation between home and work also weighed on some. “Home is the place to escape work,” one respondent wrote. “Having no separation from work means my home life is impacted, and my home life impacts my ability to work.”

“Having three kids at home makes it impossible to focus,” another respondent wrote. “I work longer hours and get less done.”