Worldwide small- and medium-sized business IT spending to top US$676 billion in 2021: International Data Corporation

Total IT spending by small- and medium-sized businesses (SMBs) around the globe will approach US$568 billion in 2017 and increase by more than $100 billion to exceed US$676 billion in 2021, according to the International Data Corporation (IDC). 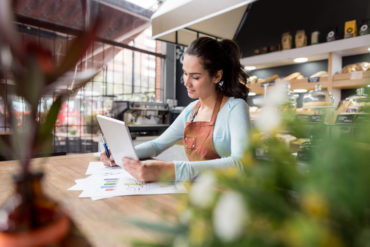 IDC, the Framingham, Mass.-based global provider of market intelligence, advisory services and events for the IT, telecommunications and consumer technology markets, released a new update to the Worldwide Semiannual Small and Medium Business Spending Guide earlier this week.

With a five-year compound annual growth rate (CAGR) of 4.5%, spending by businesses with fewer than 1,000 employees on IT hardware, software and services, including business services, is expected to be slightly stronger than IDC’s previous forecast, the corporation said in a press release.

“SMB IT spending growth continues to track about two percentage points higher than GDP growth across regions,” reported Ray Boggs, vice president of SMB research at IDC. “But beneath that slowly rising tide are faster moving currents that reflect the changing ways SMBs are acquiring and deploying technology.”

SMBs around the world are increasingly interested in investing in resources to improve employee productivity and improve their competitive positions. Boggs noted that while SMBs, especially smaller ones, have immediate tactical needs to sharpen performance, they are also looking to coordinate resources in a meaningful way. “For many, this will be an important step towards digital transformation,” the release said.

According to the updated Worldwide Semiannual Small and Medium Business Spending Guide, SMBs will spread their IT investments about equally across the three major categories – hardware, software, and IT services – with these categories accounting for more than 85% of total SMB technology spending worldwide. While hardware purchases currently represent the largest share of this spending, IDC expects 2019 to be the watershed year when software and IT services spending both surpass hardware spending. The smallest of the major categories – business services – will see the greatest spending growth of the four technology categories at 7.1% CAGR, followed closely by software (6.9% CAGR).

One third of all SMB software purchases in 2017 will be from the “top 3” applications categories: enterprise resource management, customer relationship management and content applications. Application development & deployment and system infrastructure software will also be key areas for SMB software investment, the release pointed out.

Medium-sized businesses (100-499 employees) will be the largest market throughout the 2016-2021 forecast period, with 38% of worldwide SMB IT products and services revenues coming from this group of companies. The remaining revenues will be generated about equally by large businesses (500-999 employees) and small businesses/small offices (1-99 employees). Medium and large firms will also experience the strongest spending growth with CAGRs of 4.6% and 4.5% respectively, slightly above small business spending growth of 4.4%.

By region, the United States represents the largest market with SMB IT spending expected to total US$171.3 billion in 2017. (North America in total will account for about one-third of worldwide SMB IT spending throughout the forecast period). Western Europe and Asia/Pacific (excluding Japan) are the second and third largest regions for SMB IT spending, with Asia/Pacific growing faster than the overall market. The region with the fastest growth over the five-year forecast will be Latin America (6.3% CAGR), although the U.S. and Asia/Pacific (excluding Japan) will not be far behind, IDC said.