Worldwide spending on 3D printing to reach US$29 billion in 2020: International Data Corporation

Worldwide purchases of 3D printers, materials, software, and related services are expected to experience a five-year compound annual growth rate (CAGR) of 22.3%, with revenues reaching US$28.9 billion in 2020, according to the International Data Corporation (IDC). 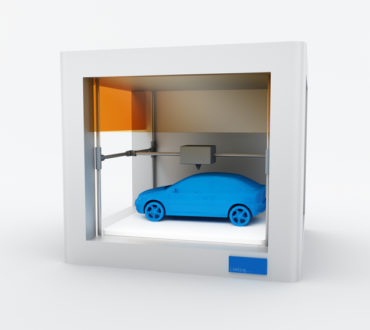 Earlier this week, IDC updated its Worldwide Semiannual 3D Printing Spending Guide, reporting that global purchases of 3D printers and related materials and services was expected to total US$13.2 billion in 2016.

Framingham, Mass.-based IDC noted in a statement that the United States will deliver roughly a quarter of worldwide 3D printing revenues throughout the 2015-2020 forecast period, while the next three largest regions – Western Europe, Asia/Pacific (excluding Japan) and Japan – combined will deliver more than 50% of total revenues.

While the fastest growth will come from the Middle East and Africa and Central and Eastern Europe regions, Western Europe’s strong growth will significantly close the revenue gap with the United States by 2020. In fact, five of the eight geographic regions covered (which includes Canada) will see total revenue growth of more than 200% over the forecast period.

“As the 3D printing market matures, major trends are no longer confined to North America,” Christopher Chute, vice president of customer insights and analysis at IDC, noted in the statement. “Regions like Western Europe and Asia/Pacific are driving stronger levels of spending across different industries.”

Discrete manufacturing is the dominant industry for 3D printing, delivering more than two-thirds of all worldwide revenues through much of the forecast. And while all the industries examined in the spending guide will experience revenue growth of more than 100% over the forecast period, healthcare will leap from the number five position in 2016 to the number two spot in 2020 with revenues growing to more than US$3.1 billion. This move will be driven by strong investments from healthcare providers in both the United States and Western Europe, added IDC, a global provider of market intelligence, advisory services and events for the information technology, telecommunications and consumer technology markets.

“Thanks to the broader variety of 3D printers and materials that can be used, and also to lower prices, 3D printing is becoming more sophisticated and devoted to newer uses,” noted Carla La Croce, a research analyst of customer insights and analysis at IDC. “In addition, existing use cases are increasing their market share. For example: dental printing is growing rapidly with the prospect of reaching one of the highest market shares in the near future (around 15% in 2020), as well as 3D printing for medical implants and devices (nearly 13% in 2020). Moreover, the 3D revolution is discovering new market niches, and new uses will arise in the future.”

The use cases that will generate the largest revenues for 3D printing in 2016 are automotive design – rapid prototype printing (more than US$3.9 billion) and aerospace and defence parts printing (nearly US$2.4 billion). Tools and component printing will also emerge as a significant market in 2016. By 2020, dental printing will become a strong challenger for the number three position in terms of worldwide revenues, while medical implant & device printing, product creation and prototype printing and prosthetics printing will each generate worldwide revenues of more than US$1 billion.

The statement reported that purchases of 3D printers and materials combined will produce nearly two-thirds of total worldwide revenues throughout the forecast period. Revenues for computer-aided design software are forecast to triple over the five-year forecast period, while the market for on-demand parts services will nearly match this growth. “The gains in both software and on-demand parts printing are being driven by the rapidly expanding use of 3D printing for design prototyping and products that require a high degree of customization in non-traditional environments,” the statement said.

Last August, IDC said that global revenues for the 3D printing market were expected to reach US$35.4 billion in 2020.

3D printing enables the creation of objects and shapes made through material that is laid down successively upon itself from a digital model or file.