The AXA Group, based in France, has entered into a $15.3-billion agreement to acquire 100% of XL Group Ltd., which includes Canadian subsidiary XL Catlin Canada.

The merger agreement, expected to close in the second half of 2018, has been unanimously approved by the boards of AXA and XL Group. 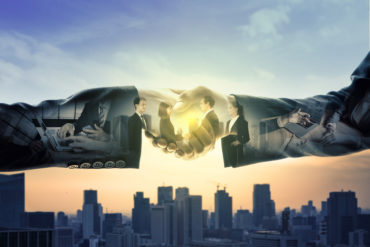 “This transaction is a unique strategic opportunity for AXA to shift its business profile from predominantly life and savings (L&S) business to predominantly property and casualty (P&C) business, and will enable the Group to become the Number 1 global P&C commercial lines insurer based on gross written premiums,” AXA announced in a press release. “The future AXA will see its profile significantly re-balanced towards insurance risks and away from financial risks.”

XL Group Ltd., through its subsidiaries and under the XL Catlin brand, is a global insurance and reinsurance company providing property, casualty and specialty products to industrial, commercial and professional firms, insurance companies and other enterprises throughout the world. It wrote US$15-billion worth of gross written premium in 2017; of that, about US$5 billion came from reinsurance.

The combination of AXA’s and XL Group’s existing position will propel the AXA Group to the top global position in P&C commercial lines, with combined 2016 total P&C revenues of around Cdn$76.9 billion.

Upon completion of the transaction, the combined operations of XL Group, AXA Corporate Solutions (AXA’s large commercial P&C and specialty business) and AXA Art will be led by Greg Hendrick, currently the president and chief operating officer of XL Group. Hendrik will be appointed CEO of the combined entity and join AXA Group’s management committee, reporting to AXA CEO Thomas Buberl.

XL Catlin Canada has offices in Toronto, Calgary, Montreal, and Vancouver. In Canada, the XL subsidiary offers P&C professional and specialty coverages, including aviation and marine, to large Canadian domestic and multinational companies. It also covers non-Canadian clients for property and liability exposures in Canada.

An AXA spokesperson confirmed that XL Catlin Canada would become part of AXA as part of the deal. When asked if XL Catlin would be re-branded under the AXA name in Canada, he said no decisions about branding have been made, and would not likely be made public until after the deal formally closes at the end of the year.