Do you trust insurers with your client’s data?

Alongside the increasing importance of data collection is a growing concern among brokers that insurers could potentially use that very same data against the brokers who collected it. 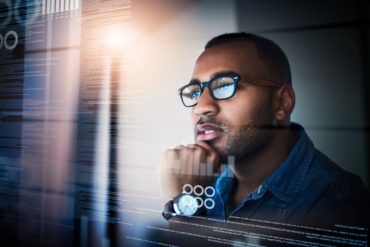 Speaking strictly on background, brokers at the 2019 Insurance Brokers Association of Ontario (IBAO) Conference in Toronto last Thursday raised questions about situations both hypothetical and real. Examples of concerns raised on the convention floor included:

Underlying these concerns is a question of trust between brokers and insurers regarding data collection. The issue was on full display during the CEO Panel at the IBAO Convention. Pete Tessier, host of The Insurance Podcast and moderator of the IBAO’s CEO Panel discussion, asked insurance executives point-blank: “Do you think there’s a chance that you could be using data against the brokers?”

Tessier framed the question with the following context: “I think there’s a belief [among brokers] that there is a threat because some of the stuff people have given you through portals and applications, you can take that electronically, data mine it, and then it can be turned around to say, ‘Well you know, the risk on this guy isn’t very good, and we don’t want to do business with you anymore.’”

For their part, CEOs on the panel appeared perplexed by the idea of using consumer data in a way that might undermine the success of the broker sales force.

“I guess the question would be, why would you [insurers] do that?” Bob Tisdale, president and CEO of Pembridge Insurance Company, asked rhetorically. “Why would you take data that your broker has given you and then turn it around and use the data against the broker?

“There will be a lot more usage of data to help brokers acquire customers, and help them understand where the best risks are, and the characteristics that create the best risks, the best loss ratios, and the best retention. We’ve done a lot of work on helping brokers understand the lifetime value of the customer; how likely that customer will be to retain; and how much profitability will be in the customer over time. That’s where the focus is, not on how to cut the broker out. If we did that, you would stop supporting us.”

Louis Gagnon, president of Intact Financial Corporation’s Canadian operations, noted that Intact sold 20% of its business through the direct channel a decade ago. Now that percentage is down to 10%, he said, implying that more of Intact’s business is done through the broker channel today.

“We’ve invested $7-billion investment in the broker channel over the last 10 years,” Gagnon told brokers attending the CEO panel. “Tell me how much I have to lose if I do stupid things like using your data to promote my own goods? I want you to know, we want to use the data for the right reasons in the channel from which the data came….

“There is a fear in this world of data, that we will use data in a way that is not proper. Like Bob [Tisdale] was saying, if that happened, we would be dead.”

“In Canada, we have very strict PIPEDA requirements that legislate how long can we keep the data, what can we do with it, the consent that’s required,” Jardine said. “I’m more worried about the cyber security of data than I am about the use of the data by insurance companies or brokers. I’m more worried about the wrong people getting access to our data than the usage of the data by us, because we are highly regulated about what we can do with data.”

Gagnon added that the industry should be focused on making sure that large online aggregators of information, such as Facebook, Google and Amazon, are subject to the same strict privacy rules as Canadian property and casualty insurers when it comes to collecting data.

“When we collect data, we have a commitment and an obligation to respect the use of the data for the reason why we are collecting that data,” Gagnon said. “Google, and all of those big companies, do not have that obligation. I don’t know why as an industry we don’t really push the government to regulate those companies. We don’t sell our data, we don’t share our data with other providers. But the others are collecting all sorts of data for all sorts of reasons can do whatever they want with that data….

“As an industry, I think we should be more concerned about that than about what we do with our data.”