Your commercial clients are preparing for long road back to normal

If brokers and insurers wonder when the next opportunity might be to sell more commercial premium, it could be at least another six months.

That’s when about half of Canada’s small businesses expect to return to normal profitability, according to a Canadian Federation of Independent Business (CFIB) survey. CFIB represents more than 110,000 Canadian small busineses.

But returning to profitability is just the beginning. Restrictions from the COVID-19 pandemic that were put in place months ago are loosening across the country, allowing more businesses to open back up. But even though 53% of business owners say it’ll take six months to get back to normal profitability, almost a third (30%) expect to take a year to get back to that point. Five per cent aren’t sure they’ll ever return to normal.

She added that businesses need to move off of subsidies and into making sales, making a pitch for consumers to shop at their local businesses. “Collectively, individual actions like trying a local business for the first time, giving your hairdresser a bigger tip, or buying a new swimsuit from a local store can make a big difference,” she said. 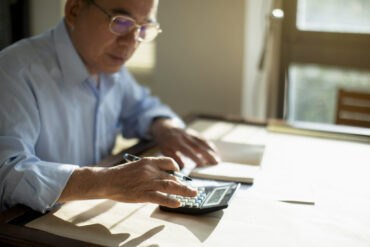 Once businesses return to profitability, the next step in the recovery process is paying off debt. Many (73%) have taken on debt since COVID-19 was declared as a global pandemic by the World Health Organization on March 11. More than two-thirds (68%) of Canadian businesses surveyed told the CFIB that they believe it will take a year for them to pay that off.

“Government debt has ballooned and so, too, has the private debt taken on by small businesses to deal with COVID-19,” Jones said. “I’ve talked to many businesses that are open again, but are worried about being able to outrun the debt they have accumulated, particularly with sales still down.”

Canadian small businesses have taken on an average of $135,000 in debt. The CFIB pegged the total debt load taken on to be $117 billion. Business owners are leaning on personal savings, credit cards, bank loans, retirement savings, mortgages, and loans from friends and family to finance revenue shortfalls and extra business costs.

According to the CFIB, 58% of small businesses across the country are open as of July 14. That number is highest in Saskatchewan (73%) and lowest in Ontario (49%). Other than Newfoundland and Labrador (57%), all other provinces are reporting at least 61% of businesses have fully re-opened.

But only 24% of all businesses are seeing normal sales. Further, just 35% are fully staffed. More than a quarter of businesses (27%) are reporting that staff are refusing to return to work after being laid off.

There are a number of reasons why, including preferring to stay on the Canada Emergency Response Benefit (62%), concerns for personal health or family’s well-being (47%), and concerns around childcare obligations (27%)

“Staffing is one of the many challenges for small businesses trying to get back to normal,” said CFIB president Dan Kelly.