Your drunk client arrives home safely. Why your exposure does not end there

Social hosts owe a duty of care beyond the time when an intoxicated guest returns home safely, the Court of Appeal for Ontario has ruled in a recent decision.

In more intimate settings, there is an enhanced risk, and therefore a higher standard of care owed by the social host. 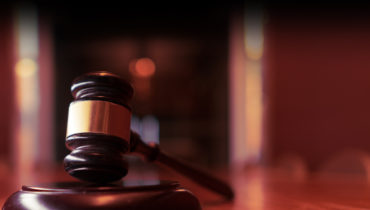 On Oct. 18, 2011, Mark Williams visited his friend and colleague Jake Richard at the home of Richard’s mother. Over a three-hour period, Williams drank 15 cans of beer in the garage before driving home. Once at home, he picked up his babysitter and loaded his three children into the vehicle. As he drove his babysitter home, he got into a serious auto accident, driving into the rear of a stationary tractor towing a trailer. He was ejected from the vehicle and died as a result; his three children were allegedly injured.

The three children, claimants under the Family Law Act (FLA), brought an action against Jake Richard and his mom, Eileen Richard, for breaching their duty of care as social hosts. In Williams v. Richard, released Nov. 7, 2018, the Court of Appeal ordered that two cases proceed to trial. In the first, Williams’ children and their mother sued for personal injuries allegedly sustained by the children. In the second, the children and their mother claimed damages under the FLA.

The appeal court decision reverses a ruling by the motion judge, who dismissed both claims in a summary judgment. The motion judge found that Richard did not owe a duty of care to Williams; even if such a duty of care had been established, the motions judge added, it would have ended once Williams arrived home to pick up his children and their babysitter.

“This decision is important in that it makes clear that an intoxicated driver arriving home doesn’t automatically bring that host’s duty to an end, it continues,” said Adam Bucci, a partner with Thomas Gold Pettingill LLP. “This has implications for other types of cases – tavern liability is one that clearly comes to mind. It’s not just when someone leaving the bar gets home that the tavern’s duty has expired, it can continue beyond that,” Bucci said Wednesday, speaking at the Ontario Insurance Adjusters Association’s 2019 Claims Conference in Toronto.

“This decision acknowledges that, given the right set of facts, a social host can owe a duty of care to injured third parties,” Bucci added. “Those hosting functions involving alcohol, they need to be prepared to make necessary arrangements for intoxicated guests when warranted.”

In allowing the appeal, the court highlighted many factual differences between the case and the authoritative case on social host liability, the Supreme Court of Canada’s 2006 decision in Childs v. Desormeaux. In Childs, the Supreme Court said “hosting a party where alcohol is served, without more, does not suggest the creation or exacerbation of risk of the level required to impose a duty of care on the host to members of the public who may be affected by a guest’s conduct.”

In Williams v. Richard, the appeal court ultimately found that the Supreme Court’s “without more” criteria had been established. For example, it was obvious to Richard that Williams was drunk when he left the home. Unlike Childs, this wasn’t a “bring your own beer” party with multiple guests; Richard had provided the beer for Williams and it was consumed right in his presence. “So, there could be no illusions in Jake’s mind as to exactly how drunk Mark was when he left,” Bucci said.

This should not have been an insurer’s test case for social host liability, argued Ian Gold, a founding partner of Thomas Gold Pettingill LLP, during the presentation. “Bad facts made bad law; these are horrendous facts.”

Bucci agreed, saying “you’ve got all the wrong factors playing for you.” Among others, he cited the blameless claimants (the three children), the death of the driver and Richard’s mom, who “was available and sober and testified she was prepared to drive Mark home if someone had asked her.”

More News
Related
Will current auto liability regime apply to driverless cars?
Mechanic barred from suing employer over workplace injury
When keeping customer’s car keys is not “custody” of a car
Why this vehicle accident defendant tried to quash $850,000 settlement

5 Comments » for Your drunk client arrives home safely. Why your exposure does not end there