Your list of business clients is at risk of shrinking: CPA Canada chief economist

The longer the COVID-19 pandemic drags on, the longer businesses will struggle and the risk that they close their doors for good, an economist is warning, and that spells bad news for the insurance industry.

Canada is navigating through a second wave of COVID-19 infections and certain “targeted” regions and business segments are facing yet another round of government-ordered lockdowns. For example, Ontario announced tighter restrictions on Toronto, Ottawa and Peel Region heading into the Thanksgiving weekend. A modified version of Stage 2 restrictions included no indoor dining, the closing of gyms, movie theatres, and casinos for 28 days.

Ontario announced Friday a geographical expansion of restrictions, applying the same measures in York Region, which borders Toronto to the north, effective Monday. Other communities in the province face similar action; in Hamilton, for example, a spin studio was at the centre of the largest fitness centre-related outbreak in the country (69 cases as of Thursday).

In New Brunswick, the government made a similar move prior to Thanksgiving, closing “close contact personal services” like hairstylists and spas in two regions.

The Canadian Federation of Independent Business, which represents small and medium-sized businesses, has been regularly highlighting commercial struggles as the pandemic More than half (56%) of its members recently said they will not easily survive a second wave of shutdowns, the group recently reported. Earlier, the CFIB said it would take a year-and-a-half on average for small business activity to normalize. 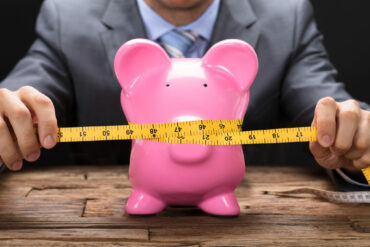 Economic capacity is at risk. Other industries that rely on the continued operations of businesses, such as insurance carriers and brokers, face losing business that could be gone from the industry forever.

At issue is the lack of a pandemic plan, said Francis Fong, chief economist at the Chartered Professional Accountants of Canada. He spoke to Canadian Underwriter recently about the economic risks Canada and the U.S. are facing as the pandemic drags on.

Since COVID-19 was declared a global pandemic on Mar. 11, 2020, the economy has gone through fits and starts for much of the year. Lockdowns were put in place in the spring to help reduce case counts. During the summer months, case counts dropped to around 400 per day nationally. But now the country is seeing more than 2,000 cases a day since the beginning of October.

But a return to more spring-like shutdowns is putting some businesses at risk, Fong says. Without a strong pandemic response plan to help keep the virus at bay at least until a vaccine becomes available, Fong said, businesses will continue to suffer. For the P&C industry, that could mean an evaporating pool of commercial business.

“The longer the pandemic goes on,” Fong said, “the more risk there is that those businesses end up throwing the keys on the table and say, ‘What’s the point? Why keep dragging this out? I can’t afford it. I still have fixed overhead I have to pay.’ And they walk away. Each time that happens, that’s a little bit economic capacity that we’re never going to get back.”

Fong noted the amount of corporate debt was already a concern before the pandemic. As reported by the Toronto Star in July 2020, Corporate Canada’s debt (both loans and debt securities) totals $2.7 trillion — or the equivalent of 118% of the entire GDP, up from 85% in 2008. “This debt-to-GDP ratio is the third highest among G20 countries — behind only China and France — and the 11th highest in the world,” the Star reported.

“Household [debt] gets a lot of the focus,” he said. (StatsCan reported in June 2020 that Canadians owe $1.77 in credit market debt for every dollar of household disposable income.) “Household debt is at record levels, but so is corporate debt. How much longer can we feasibly expect these businesses and corporations to manage this pandemic at this lower level of revenue?”