You’re (still) probably working too much at home

A new report shows not a whole lot has changed when it comes to how many extra hours people are putting in while working at home during the COVID-19 pandemic.

Last week, HR services provider ADP Canada reported at almost half (44%) of Canadians are working longer hours than they did before the pandemic. For 10% of workers, it was equal to an extra day each week — eight hours.

“Comparatively, only 15% reported working fewer hours, while 38% reported no change,” ADP said in an announcement about the survey results.

The company is calling the extra hours a “COVID Tax” and “is significantly higher for remote workers and has increased over the course of the pandemic.”

Still, in an online survey by Canadian Underwriter earlier this year, 72% of Canadian P&C insurance professionals reported being satisfied or very satisfied about working from home. They reported happiness over not having to commute, being able to make lunch at home, or going for a walk in the middle of the day. 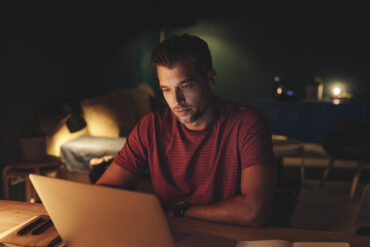 Stress levels, however, are increasing. ADP’s survey found that respondents reported that stress levels were up nearly 21%, or seven percentage points, in April 2021 compared to the same period last year.

Being at home for the last 14 months has also left 46% of workers feeling less engaged with their work, ADP reported.

Some respondents to Canadian Underwriter’s survey noted feelings of isolation and missing the camaraderie of being the office.

“Feeling isolated and less focused and don’t like that work and personal life are too blended,” one person wrote.

In Canadian Underwriter’s survey, many respondents highlighted being more productive thanks to not having to deal with the stress of a commute and being interrupted less throughout the day by colleagues stopping by their desk, for example.

“I am way more productive, less stressed and it is more convenient to work from home. Feel much happier,” one insurance professional said.

And employers are increasingly opening up to a more flexible schedule as boundaries between work and home become fuzzier. ADP reported that more than half (53%) of respondents said their employer enables them to work a modified schedule if they need to take care of personal responsibilities during typical work hours.

“After a year of monitoring how workplaces have evolved and responded to the pandemic, it appears that many companies have moved to flexible work hours or hybrid work models,” said Ed Yuen, vice president of strategy and business development at ADP Canada. “While many of these policies were a ‘perk’ a few months back, they are now commonplace. For some, this flexibility seems to have improved productivity and quality of work. Not only has the pandemic brought the workplace into Canadians’ homes, it also brought a little bit of their homes to the workplace.”