A defendant in a lawsuit filed by an employee injured in a go-kart collision is applying for leave to appeal to the Supreme Court of Canada, the court announced Friday. 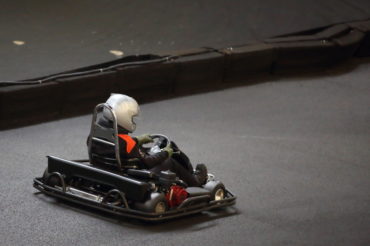 In that ruling, the province’s appeal court ruled that a waiver signed by Derek Fleming is voided due to the “sweeping overriding of the common law” made in 1914 by Ontario’s workers’ compensation legislation, “and the broad protection it is designed to provide to workers in the public interest.”

Fleming was injured Oct. 3, 2010 after a go-kart driven by Andrew Massey “crashed into bales of hay lining a corner” of the Lombardy Raceway Park, near Smiths Falls, about 80 kilometres southwest of downtown Ottawa. Fleming sued the park, Massey, Lombardy Karting (which co-organized the race event and which arranged for Fleming to act as race director) and the Lombardy Agricultural Society.

The lawsuit was initially dismissed in 2014 by Mr. Justice Richard Byers, of the Ontario Superior Court of Justice. Justice Byers ruled that Fleming “was not an employee but rather a volunteer who received a stipend, that he signed the waiver, that he knew generally what signing the waiver would mean and that the wording of the waiver was broad enough to cover all eventualities,” Justice Juriansz wrote on behalf of the Court of Appeal, in over-ruling Justice Byers.

Although Justice Byers had ruled that Fleming was not an employee, the Court of Appeal for Ontario noted that on discovery, “the representative of the National Capital Kart Club admitted” that Massey “was a paid employee on the day of the accident.”

In addition, the waiver that Fleming signed is voided because he was an employee, the Court of Appeal for Ontario found.

“Reading the WSIA as a whole, it is apparent its objective is to ensure injured workers have access to compensation,” Justice Juriansz wrote.

Part X of WSIA applies to industries not listed on Schedule 1 and Schedule 2 of the WSIA.

Section 114(1) of WSIA states that a worker whose employer falls under Part X and is not covered by WSIB “may bring an action for damages against his or her employer for an injury that occurs in any of the following circumstances:

The “overarching purpose” of WSIA – introduced in 1914 – “was to provide compensation and other benefits to workers injured at work regardless of fault,” Justice Juriansz wrote. “The main thrust of the legislation was to set up an administrative scheme that provided no-fault loss of earnings benefits for workplace injuries that completely displaced all common law rights of action that workers may have had against their employer. A small minority of workers were not included in the general scheme. They were given access to new statutory rights of action for damages.”

Section 16 of WSIA (which does not specifically apply to Part X employees) stipulates that an “agreement between a worker and his or her employer to waive or to forego any benefit to which the worker or his or her survivors are or may become entitled under the insurance plan is void.”

The Court of Appeal for Ontario considered the question of whether the expressio unius est exclusio alterius (implied exclusion principle) applies.

“Should the Legislature’s narrow focus in s. 16 on prohibiting waiver of only the benefits under the insurance plan be understood as an implicit indication that the Legislature did not intend to prohibit the waiver of the rights of action available under Part X?” Justice Juriansz wrote. The answer was no.

The Court of Appeal ruled that the Ontario legislature did intend to prohibit waivers of rights of action under Part X because to do otherwise “would fundamentally undermine what the Legislature is trying to achieve in Part X,” Justice Juriansz wrote.

The court cited several precedents, including a Supreme Court of Canada decision, released Feb. 9, 1982, against the Borough of Etobicoke, Ont. (which has since been subsumed by the City of Toronto).

At the time, Etobicoke had its own fire department, with a collective agreement stipulating a retirement age of 60. Harold Hall and Vincent Gray took the municipality to the Ontario Human Rights Commission, which ruled the borough was not complying with the Ontario Human Rights Code. That ruling was overruled by Ontario’s Divisional Court, which found that the compulsory retirement age “was a bona fide occupational qualification and requirement,” Mr. Justice William R. McIntyre wrote in 1982 on behalf of the Supreme Court of Canada.

The municipality argued that “where the parties engage in the statutorily-required bargaining, and as a result thereof agree, in good faith, on a standard retirement age based, in part, on the particular rigours and demands of the job of fire-fighting, then the resulting qualification and requirement must be considered to be ‘bona fide‘ in the absence of evidence that the limitation was inserted for an ulterior purpose.”

The Human Rights Code is “a public statute and it constitutes public policy in Ontario as appears from a reading of the Statute itself and as declared in the preamble,” Justice McIntrye added. “It is clear from the authorities, both in Canada and in England, that parties are not competent to contract themselves out of the provisions of such enactments and that contracts having such effect are void, as contrary to public policy.”

“I recognize that the courts should exercise extreme caution in interfering with the freedom to contract on the grounds of public policy,” Justice Juriansz added. “Considering the sweeping overriding of the common law made by workers’ compensation legislation and the broad protection it is designed to provide to workers in the public interest, it would be contrary to public policy to allow employers and workers to contract out of its regime, absent some contrary legislative indication.”