An Alberta motorist who argued that breath samples ought to have been excluded as court evidence was unsuccessful in appealing convictions of impaired driving and dangerous driving, the Supreme Court of Canada announced Friday. 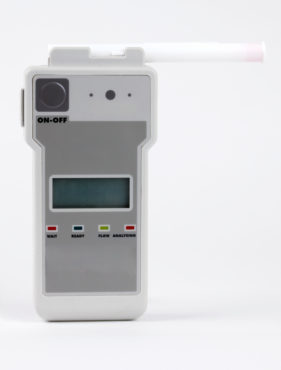 In a ruling released Nov. 20, 2015, the Alberta Court of Appeal suggested that motorists in the province have “a duty, separate and apart from the criminal law, to remain at the scene of the accident,” and that drivers involved in accidents have no choice but to co-operate with the police.

Alberta drivers who are required to remain on the scene of an accident are not “detained” for the purpose of the Canadian Charter of Rights and Freedoms, Mr. Justice Brian O’Ferrall wrote on behalf of himself and Mr. Justice Peter Martin in R. v. Rowson.

“It is simply a statutory duty which drivers owe to their fellow drivers,” to remain at the scene, Judge O’Ferrall added. “There is no need at this point for the police to inform the driver of his right to counsel. Nor is there any obligation on police to refrain from eliciting information about the accident. Indeed, the police have a duty to elicit such information, not for the purpose of a prosecution, but for the purpose of reporting on what transpired to the Registrar of Motor Vehicle Services. In the circumstances of an automobile accident, the timely obtaining of information from one or both of the drivers may also save a life or avert further injury or property damage.”

On Jan. 14, 2010 Eric Rowson was driving a truck north on 24th St. SW in Spruce Meadows. While crossing Highway 22X, he hit an eastbound car. One passenger “suffered major head trauma and brain injury, a second sustained significant facial lacerations, and a third broke her femur,” wrote Madam Justice Sheilah Martin of the Alberta Court of Queen’s Bench, in a ruling released in 2014.

His appeal to the Alberta Court of Appeal was dismissed. He appealed that ruling to the Supreme Court of Canada, which announced Oct. 14, 2016 that it dismissed Rowson’s appeal.

At his trial, Justice Sheilah Martin excluded all statements Rowson made to police after he was detained and before he spoke to counsel.

After the accident, a police officer placed Rowson in the back of her vehicle, which automatically locks.

That officer “was required to have informed Mr. Rowson of his right to counsel upon his detention and by not doing so violated” two of his Charter rights, Justice Martin ruled. Section 9 gives people protection against arbitrary detention or imprisonment while section 10 (b) gives people who are arrested the right to retain and instruct counsel without delay and to be informed of that right.

Another officer who saw Rowson talking on his cellphone told him to hang up the phone and that he was under investigative detention. The second police officer did not advise Rowson of his right to counsel.

Among other things, Rowson argued that the arresting officer failed to give Rowson “a reasonable opportunity to retain and instruct a lawyer of his choosing.”

He also argued that he was arbitrarily detained by the officer who had placed him in his cruiser at the scene.

The trial judge “need not have found that the detention commenced then,” Justice O’Ferrall wrote. “At that point police were investigating a very serious accident. The police needed to assist those attending upon the injuries of the victims. They also needed to control the accident scene which was on a very busy highway. The appellant was wandering around the scene of the accident. For his own safety and comfort he needed to be in a vehicle. It was the middle of winter. His own vehicle was a wreck. In other words, there was a legitimate non-detention reason to have the appellant placed in a police vehicle.”

Section 69 of Alberta’s Traffic Safety Act stipulates that “the driver of a vehicle involved in an accident must, firstly, remain at the scene and, secondly, render all reasonable assistance,” Justice O’Ferrall wrote. “The driver must also produce in writing his or her name, address, operator’s licence number, name and address of the registered owner of the vehicle, licence plate number and financial responsibility card to anyone sustaining a loss and to the police. The driver provides this information to persons sustaining loss for civil liability purposes. He or she provides it to the police so they can prepare the accident report. But even the provision of this information does not mean the driver is free to go.”

Dissenting from the majority of the Court of Appeal for Alberta was Madam Justice Barbara Lea Veldhuis, who would have overturned Rowson’s conviction.

Justice Veldhuis found there were no reasonable and probable grounds to arrrest Rowson. She found that the arresting officer “could not have formed his reasonable suspicion with the appellant in the interview room but for the unlawful arrest.”