Legal experts say criminal charges like those laid against a former bar server in connection with a drunk-driving crash that killed two Ottawa-area teens are rare and difficult to prove.

Two young men, Brandon Hanniman and Alexander Paquette, were killed and two others were injured when police say their car veered off the road and plowed into a rock cut. 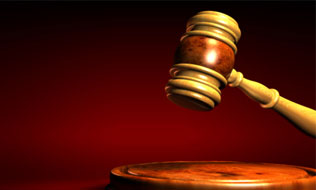 Police later said the group had been drinking at a local establishment and alcohol contributed to the crash. The case is expected to return before the court today.

While bartenders and bars may face lawsuits related to serving drunk drivers, legal experts say they are not aware of a case in Ontario where someone has been found criminally responsible.

They say the threshold for criminal negligence is much higher than for civil negligence.

“To extend criminal liability in these circumstances is very, very uncommon,” said Michael Lacy, a Toronto lawyer and the president of the Criminal Lawyers’ Association.

“If someone were held criminally culpable in these circumstances, I’d say that would be a precedent-setting decision,” said Lacy, who is not involved in the case.

Toronto defence lawyer Daniel Brown said that to obtain a conviction for criminal negligence, the Crown would have to prove beyond a reasonable doubt that there was a “marked and substantial” departure from the standard of care owed by a server.

“There’s a lot of things that must be proven in a case like this for a Crown attorney to be successful,” he said.

In comparison, a civil negligence case must prove it’s more likely than not that there was a departure from the standard of care, which is a much lower bar, Brown said.

“Those two things – one being the higher standard for criminal negligence, and the higher burden of proof in a criminal case – means that the viability of this type of prosecution is often minimal, which is why most of these cases are dealt with in the civil courts,” said Brown, who is also not involved in the case.

Some in the community have voiced concerns about the charges and rallied behind Senack, suggesting she is being unfairly blamed for a tragic incident.

An online fundraiser meant to help cover her legal fees has drawn more than $50,000 from more than 400 donors in about a month.

“We support you Ann. You are not responsible for what happened to those boys,” some wrote on the fundraiser site.

“We have never met… We feel you have been unjustly charged,” others wrote.