Your client is house-sitting when a pipe bursts on their watch. Are they liable for damages?

Is your client looking after someone’s home? Be careful: a man describing himself as a “voluntary house-sitter” is now a defendant in a lawsuit arising from a flooded home.

The plaintiffs, Jiang Wei and Xiu Qing Hu, filed a lawsuit in British Columbia against the defendants, including Alcon Construction Co. Ltd.

The suit arose because the plaintiffs had water leak into their home in December 2013. The suspected cause was a frozen pipe. 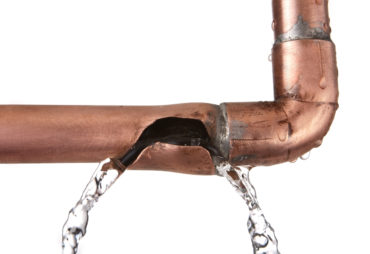 The allegations against Zhang have not been proven in court. Among other things, Alcon alleges that Zhang failed to “properly or regularly” monitor the property and failed to ensure that services such as heating were working properly.

The Supreme Court Civil Rules stipulate that a defendant can have a case thrown out of court if that defendant convinces the court that the lawsuit is “bound to lose.”

Zhang was unsuccessful in his application to have the lawsuit dismissed.

Zhang cited the Court of Appeal for Ontario ruling, released in 2008, in Douglas v. Kinger (Litigation Guardian of).

In Douglas, cottage property owned by Bryce Douglas was destroyed by fire. Douglas was paid $285,000 on his fire insurance claim. The insurer filed a subrogated claim against Mitchell Kinger. In the summer of 2000, Kinger, 13 years old at the time, was employed by Douglas as a “boat boy.” For $8 an hour, his duties included lawn mowing. The fire happened while Kinger was trying to re-fuel Douglas’s lawnmower. Court records indicate that Kinger could not see how much gasoline was left in the can, so to get a better view, he brought a lit match to the mouth of the can.

The subrogated claim against young Kinger was dismissed in 2006, on the grounds that Kinger did not have a duty of care under the circumstances. That ruling was upheld by the Court of Appeal for Ontario.

In Wei v. Alcon Construction Co. Ltd, the “nature of the relationship” between the plaintiffs and Zhang “has not yet been established,” Master Wilson of the B.C. Supreme Court wrote.

“Whether that relationship was as volunteer, employee, or something else is undoubtedly a factor that the court will consider in terms of determining whether Mr. Zhang owed a duty of care and if so, the extent or scope of that duty,” Wilson added.

More News
Related
Court denies replacement value coverage on fire claim after owners plan to build larger structure on same Ottawa site
Exclusion clause for ‘conversion’ in comprehensive auto policy ‘does not come close’ to being easily intelligible: Court
Supreme Court of Canada will not hear appeal from insureds seeking replacement cost instead of actual cash value in fire claim
The curious case of who pays for a building flood claim