MONTREAL – Quebec’s top court will allow Just For Laughs founder Gilbert Rozon to appeal a decision that authorized a class-action lawsuit brought against him by several women for alleged harassment and sexual assault.

Quebec Court of Appeal Justice Mark Schrager ruled Wednesday that three of his colleagues will hear Rozon’s legal challenge on a priority basis. 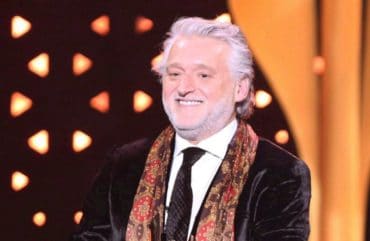 Founder and president of Just for Laughs accepts the prestigious Icon Award at the 2017 Canadian Screen Awards in Toronto on Sunday, March 12, 2017. Quebec Superior Court has authorized a class-action lawsuit against former Just For Laughs head Gilbert Rozon. Several women sought permission last fall to file the suit against the co-founder of the popular comedy festival for alleged sexual assault and harassment. THE CANADIAN PRESS/Peter Power

The 63-year-old impresario is being sued for $10 million by a group of women known as “Les Courageuses” (“The Courageous Ones”), who allege he abused at least 20 women between 1982 and 2016.

Aside from actress Patricia Tulasne, the lead plaintiff in the case, the women’s identities have not been made public.

The allegations against Rozon have yet to be tested in court and he has not been charged criminally.

“We are very happy and we will surely have a very important (legal) debate when the case will be heard,” said Raymond Doray, one of Rozon’s lawyers.

In their motion seeking leave to appeal, his lawyers argued that Quebec Superior Court Justice Donald Bisson, who authorized the class-action last May, erred in doing so because class-actions are only permitted under specific conditions.

His defence team argued that for a collective action to be permitted, the reason for the action must be the same for all alleged victims.

They argued that wasn’t the case here and that a proof of the absence of consent will have to be established for each individual allegation.

Robert Kugler, the women’s lawyer, argued his clients were all allegedly assaulted or sexually harassed under the same modus operandi by someone who abused his power.

Kugler also noted not all the victims are known and others could be added as the case plays out.

Rozon stepped down as president of Just For Laughs last year and an investor group bought the company in the spring.

He wasn’t present in court on Wednesday.