TORONTO – A group of women won final court approval on Tuesday for their multimillion-dollar class action against the RCMP over gender-based abuse and discrimination.

The open-ended settlement will allow each plaintiff to claim between $10,000 and $220,000 – depending on the severity of their situation.

“It is to be a non-adversarial process and contains the feature of a non-retaliation directive so that class members still working with the RCMP may claim without fear of retaliation,” Federal Court Judge Michael Phelan said in his ruling approving the agreement.

“Because of the nature of the offending acts and the concern for privacy, the settlement agreement contains numerous provisions to safeguard the confidential claims process.”

Spouses and children of the most severely impacted women can also seek compensation.

Exactly how many women are covered is not clear, but lawyers for the plaintiffs estimate roughly 2,000 of them will make claims averaging $50,000 each, making the settlement worth about $100 million, court documents show.

Only two women opted out of the deal and no one objected, Phelan said. 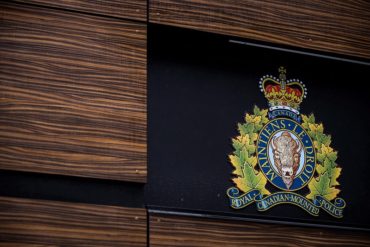 The RCMP logo is seen outside Royal Canadian Mounted Police “E” Division Headquarters, in Surrey, B.C., on Friday April 13, 2018. Lawyers for women who worked or volunteered for the RCMP who experienced gender or sexual harassment may be eligible for compensation under the settlement of a class-action lawsuit. THE CANADIAN PRESS/Darryl Dyck

Three women – Cheryl Tiller, Mary-Ellen Copland and Dayna Roach – launched the lawsuit against the federal government in November 2017. They claimed the RCMP was negligent and had violated their rights by failing to ensure they could work in an environment free of harassment and discrimination based on gender and sexual orientation.

The result of a poisoned work environment, they said, caused them psychological and physical injuries.

The class takes in women who worked for, or volunteered with, the RCMP in various capacities over the past four decades but were not directly employed by the service. Excluded are women covered by a previously approved class action that dealt with harassment and discrimination dating to 1974, when women were allowed to join the Mounties.

The previous class action, Phelan said, served as an “essential backdrop and driving factor” for the current case.

“Given the parallel situation with respect to female members of the RCMP whose settlement was approved…it would be a travesty of justice to deny the non-members covered in the present class a reasonable settlement of their claim,” Phelan said. “The defendant, through the RCMP having settled liability to serving members of the RCMP for harassment and discrimination, could hardly avoid making a settlement in respect of civilian workers and similarly situated persons.”

Phelan also approved a government payment worth $6 million to cover the legal costs of pressing the lawsuit, which he dismissed as settled. In addition, he agreed each claimant should pay the lawyers seven per cent – rather than the 15 per cent requested – of their individual settlements.

The fees will be split 70-30 for the two legal firms, Klein Lawyers and Higgerty Law.

RCMP Commissioner Brenda Lucki has said the force had taken steps to improve the way it deals with harassment complaints and thanked the plaintiffs for coming forward.

“Harassment and discrimination do not have a place in our organization,” Lucki said last year. “I deeply regret that these women were subject to inappropriate behaviour in our workplace, and apologize for the pain caused to them and their families.”

This report by The Canadian Press was first published on March 10, 2020.