Ontario’s Court of Appeal has rejected a claim for excess coverage against State Farm Mutual Insurance Company, reconciling a jury’s seemingly contradictory answers to questions about the “involvement” of an unidentified driver.

Carlota Montepeque was driving two passengers in her car on a two-lane highway near London, Ontario sometime after midnight on an early November morning in 2008.

As she approached a curve in the road, she claimed that another car travelling in the opposite direction crossed the centre line into her lane. She swerved her car into a ditch to avoid a collision, lost control of her car, and suffered injuries to her neck, shoulders, back and right knee. 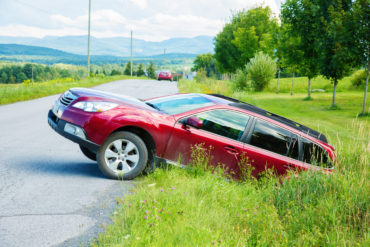 A passenger in the car, Rosa Dominguez, corroborated Montepeque’s account of the incident.

The driver of the other car did not stop and was never identified. Montepeque therefore sued her own insurer, State Farm, for damages under the unidentified motorist coverage in her car insurance policy.

State Farm took the position that there was no unidentified car at all, or, if there was one, it did not cross over into Montepeque’s lane to cause the accident.

Montepeque’s policy, Section 3 of OPCF 44R, provides an insured claimant with excess coverage for an amount over $200,000, up to the amount that the claimant is legally entitled to recover from a driver or owner of an “unidentified automobile.”

To receive the excess coverage from one’s own insurer, the claimant’s “own evidence of the involvement” of the unidentified automobile “must be corroborated by other material evidence.”

OPCF 44R defines “other material evidence” to mean either “independent witness evidence” or “physical evidence indicating the involvement of an unidentified automobile.”

At trial, the judge read out a charge to the jury. It included “the fundamental question [of] whether the negligence of an unidentified driver caused or contributed to the accident,” as Ontario Court of Appeal Justice John Laskin wrote for the court. To this Question 1, the jury responded ‘no.’

But to satisfy the condition for excess coverage under the policy, Montepeque’s lawyer successfully requested in a post-charge conference with the trial judge that the following additional question be put to the jury: “Is there independent witness evidence or physical evidence to corroborate the evidence of Ms. Montepeque, indicating the involvement of an unidentified automobile?’ To this Question 9, the jury responded, ‘yes.’

At the Court of Appeal, Montepeque’s lawyer asked for the jury’s verdict to be set aside because, among other things, the jury’s answers to Questions 1 and 9 were inconsistent, leading to an unjust and unreasonable result.

The appellate court denied Montepeque’s appeal and sided with the insurer, saying the jury’s two apparently inconsistent answers could in fact be reconciled.

In answering ‘Yes’ to Question 9, the jury had simply refuted State Farm’s contention that there was no unidentified car, based on the “independent witness evidence” of Dominguez.

But State Farm had always argued that if there was a car, it had not swerved into Montepeque’s lane, so Question 9 should not have been asked, given the jury’s answer to Question 1, the Appeal Court found.

The appellate court found the jury’s answers could be reconciled, and therefore the verdict was reasonable under the circumstances.