The owner of a Winnipeg home who experienced basement flooding in 2010 has lost her bid to sue both the couple who sold her the home and the sellers’ real estate agent for allegedly misrepresenting the extent of foundation cracks. 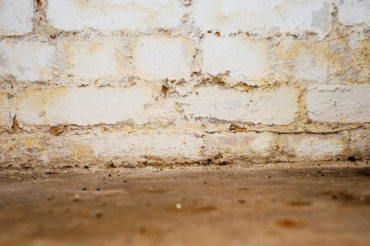 The Supreme Court of Canada announced Thursday it will not hear an appeal, from Lianne Tregobov, of a Court of Appeal of Manitoba ruling against Tregobov, released June 6, 2017.

Tregobov lost a lawsuit she filed against the couple (Irene Paradis and her late husband Normand Paradis) who sold her the Winnipeg home in 2009. Among the named defendants were real estate agent Glen Williams. Tregobov had not sought a property condition report from the vendors, Justice Perry Schulman of the Court of Queen’s Bench of Manitoba noted in his ruling, released Aug. 13, 2015, in favour of the defendants.

Justice Schulman noted there was an “extraordinary amount of rainfall in Winnipeg” May 28-30, 2010. As a result, 500 homes were flooded, including Tregobov’s. When Tregobov and her husband removed drywall, insulation and vapour barrier in their basement, they found gaping cracks through the north, east and west foundation walls, Justice Schulman wrote. He added Tregobov was told, before buying the home, of a crack in the north foundation wall.

There was no “reliance” on the part of Tregobov because she “knowingly accepted” the crack in the north wall when deciding to buy the home, Justice Schulman noted.

“Reliance on statements of opinion or a salesman’s puffery, as opposed to a fact, are typically insufficient for the purposes of establishing the element of reliance,” Justice Christopher Mainella of the Court of Appeal of Manitoba wrote in 2017, upholding Justice Schulman’s 2015 decision.

Both the appeal and trial judges cited Alevizos v. Nirula, a Court of Appeal of Manitoba ruling released in 2003. In Alevizos, two people who bought a Winnipeg home successfully sued the sellers for misrepresentation. The sellers failed to tell the buyers about leaking casement windows. In Alevizos, the court noted there is “no misrepresentation (or fraud) where the purchaser knows, or ought reasonably to know, of the defect in question.”

But Alevizos was different from Tregobov because in Alevizos, the vendors were found to have given the buyers a false and misleading property condition statement.

The Alevizos ruling should be “taken as a warning about the routine use” of property condition statements, Justice Guy Kroft, then of the Court of Appeal of Manitoba, wrote in 2003 in a separate concurring reason in Alevizos.

“The purchase and sale of a home is for many people the most significant business transaction they will ever enter into,” Justice Kroft added. “Representations as to the condition of the property are inevitably going to be requested and given. I do not believe that these concerns are ever going to be safely dealt with by filling in the blanks on a short form carried in the real estate agent’s briefcase with his or her other supplies.”