When an Ontario auto insurer notifies a claimant that he or she has not sustained a catastrophic impairment, that does not constitute the denial of a benefit for the purposes of the two-year limitation on filing a lawsuit, a lawyer warned claims professionals recently.

On September 22, the Supreme Court of Canada announced it dismissed an application, filed in June by RBC General Insurance Company, for leave to appeal an earlier ruling by the Court of Appeal for Ontario. 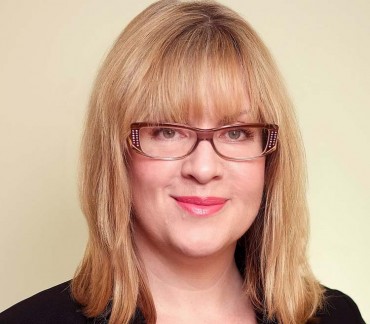 Court records indicate that in 2009, Zofia Machaj submitted an Application for Determination of Catastrophic Impairment (Form OCF-19) to RBC Insurance.

“RBC denied and stated ‘the assessors have formed the consensus opinion that you have not sustained a catastrophic impairment and therefore you do not qualify for increased benefits'” said Kadey Schultz, a lawyer whose areas of practice include accident benefits claims, during a seminar, titled Accident Benefits, A Year In Review.

In 2015, a judge with the Ontario Superior Court of Justice dismissed Machaj’s action against RBC because “a mediation proceeding had not been commenced ‘within two years after the insurer’s refusal to pay the benefits claimed.'”

Mr. Justice Alan Whitten “found that the language used by RBC triggered the limitation period for the benefit that could potentially be unlocked by a cat determination,” Schultz said.

This ruling was overturned on appeal, in a decision released April 8, 2016.

Machaj had cited the Ontario Divisional Court’s decision in Do v. The Guarantee Company of North America. An arbitrator with Financial Services Commission had found “that the denial of catastrophic impairment status was not a ‘refusal to pay a benefit,'” the Divisional Court wrote in Do, released April 15, 2015. “Catastrophic impairment status is not itself a benefit, but rather a ‘preliminary question, which must be determined before the entitlement to or the amount of benefits can be determined.'”

In Do, the Guarantee warned its claimant that he had “two years from the date of your insurer’s refusal to pay, or reduction of a benefit, to arbitrate or commence a lawsuit in court.”

The Court of Appeal for Ontario disagreed, ruling that RBC’s letter “did not convert what was, in substance, a denial of a catastrophic determination into a denial of the specific benefits that would trigger the commencement of the two year limitation period.”

There is “a clear distinction to be drawn between the claim for determination of catastrophic status and a claim for the specific benefits to which an injured person is entitled if found to have suffered a catastrophic injury,” the appeal court ruled in its unanimous decision.

“The essence of this case is denying cat does not constitute denying a benefit,” Schultz told OIAA attendees Jan. 31. “Cat is not a benefit.”

Under the new system, in order to have a mental or behavioural impairment that qualifies as a catastrophic impairment, an auto accident victim must have a Class 4 (marked) impairment in three or more areas of functioning, or a Class 5 (extreme) impairment in at least one functional area.