The Supreme Court of Canada recently announced it will not hear an appeal, from a forestry firm’s captive reinsurance company, of a ruling arising from a disputed $25-million liability insurance claim. 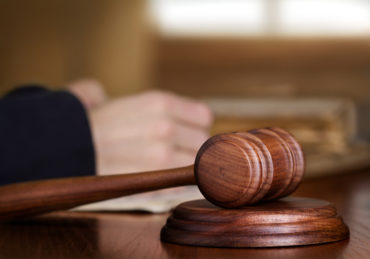 This means that an order for a new trial in British Columbia, of a claim from Swiss Re for recission, now stands.

MacMillan Bloedel had been sued, in the United States, over alleged defects in roof tiles made by American Cemwood Inc., a firm that MacMillan Bloedel acquired. A 38-state product liability class action, known as the “Richison Class Action,” commenced in 1998.

In July 2003, AIG agreed to pay $70 million to settle some of those lawsuits. AIG was 50% reinsured first by Camarin Limited, a captive reinsurance company and an indirect subsidiary of MacMillan Bloedel, and then by Swiss Re.

AIG is not a party in the case.

The captive firm, Camarin, applied for leave to appeal with the Supreme Court of Canada, which announced July 28 it dismissed Camarin’s leave application.

“Accordingly, Camarin ‘retroceded’ all of its 50% share of the risk under the umbrella policy to Swiss Re,” Justice Burnyeat added.

Swiss Re wrote policies in 1995 through 1998 but they did not include the same “follow-the-settlements” provision as the 1991 policy.

A follow the settlements clause “relieves the reinsured of the responsibility of proving that there has been a loss,” the B.C. Court of Appeal wrote in its unanimous decision released in 2015.

Quoting case history, the court noted that “in the absence of a follow the settlements clause, a reinsured must prove his loss in the same manner as the original insured must have proved it against him, and the reinsurers can raise all defences which were open to the reassured against the original assured.”

In order for Camarin to prove its loss in the same manner as MacMillan Bloedel, the captive insurer “would need to demonstrate” that MacMillan Bloedel “was subject to a ‘liability imposed by law’ that fell legally within the coverage of the policy,” B.C. Court of Appeal wrote, adding that Camarin “would need to show” that Cemwood “would have been liable,” in the Richison class action “for damages insured under its policy.”

Justice Burnyeat of the BC Supreme Court “was required as a matter of fact to conclude on a balance of probabilities that the plaintiffs in the Richison Class Action would have received judgement in the requisite amount,” the appeal court judges found. “He had to further find on a balance of probabilities that the loss fell within the insured coverage for each of the policy years in question.”

Proving Swiss Re’s liability would require “many days of lay and expert witness testimony,” the B.C. Court of Appeal added, in explaining why it is ordering a new trial. “The expert evidence that Camarin relies on does not obviously address outstanding questions relating to class size and composition, nor is it clearly conclusive on the attribution of damage to specific policy years or proof of damage in those years. We note additionally that the pleadings in the underlying litigation do not appear to support claims for resulting damage in the early years, particularly 1993 and 1995.”