Do police need a search warrant to obtain a vehicle’s event data recorder?

TORONTO – Police flouted a driver’s rights when they retrieved an electronic recording module from a car wreck days after a crash because they failed to get a search warrant or owner permission first, an Ontario judge has ruled.

As a result, data indicating the driver was driving far above the speed limit just before the crash cannot be used as evidence against him, the judge found.

In his decision, Ontario court Judge Paul O’Marra said police in Peel Region had a policy to “deliberately ignore” their charter obligations when it came to retrieving a vehicle’s event data recorder (EDR).

“This was an unlawful trespass by the police,” O’Marra said. “The court cannot countenance an unwritten institutional police policy to neither seek prior judicial authorization nor the owner’s consent.”

The crash occurred on an afternoon in March 2018, when Wendel Attard was driving his Lexus on Highway 50 in Brampton, Ont., and collided with a Toyota Corolla. The Lexus ended up on its roof in the ditch. Both cars were badly damaged and both drivers needed hospital care.

Attard’s car was towed to a storage depot. Five days later, without telling him or getting a warrant, police with the help of firefighters accessed the vehicle and extracted the event recorder, court documents show. They then downloaded a 79-page report that, among other things, indicated Attard was driving as fast as 130 kilometres per hour in the 80 km/h zone just before the crash.

Police charged Attard more than a month later with dangerous operation of a vehicle causing bodily harm on the basis that he’d been speeding. 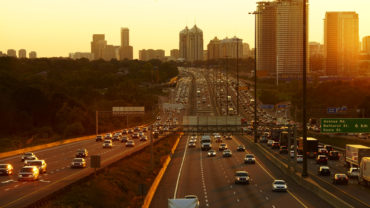 At trial, one of the investigating officers testified he had never obtained a search warrant to seize a wrecked vehicle or its event data recorder. The officer also testified that he knew about, but disagreed with, two Superior Court judgments that police need an owner’s permission or a search warrant to access the recorder.

“This case is seemingly reflective of a policy by the major collision bureau in this jurisdiction to deliberately ignore the extent of their duty in respecting the owner or driver’s expectation to privacy in the EDR and its contents,” O’Marra wrote.

O’Marra rejected prosecution arguments that police had the right to seize evidence while investigating a serious crash without a warrant. Although a car’s computer module does not contain private biographical information in the way a smartphone might, O’Marra nevertheless decided the recorder’s contents do contain private information.

In addition, the judge said, investigators could easily have applied for a search warrant without damaging their investigation.

Ultimately, O’Marra ordered the data recorder evidence excluded despite its reliability and society’s interest in seeing the charges properly dealt with. The breach of Attard’s rights was serious, deliberate and done in bad faith, he said.

The officer’s “misguided effort to justify his unconstitutional actions by rejecting two Superior Court of Justice decisions only exacerbates the magnitude of the misconduct,” O’Marra said.

This report by The Canadian Press was first published March 3, 2019.