End of road for vehicle occupant sued for negligent parenting

A defendant in a negligent parenting lawsuit cannot make a liability claim under the auto policy of the vehicle in which he and his daughter were riding as passengers.

The Supreme Court of Canada announced Feb. 13 it will not hear an appeal from Bradley Hunt in a coverage dispute with Peel Mutual Insurance Company.

In 2014, Hunt and his daughter Amealia were passengers in a Peel Mutual-insured vehicle that got into an accident. Both passengers and the driver were injured. The driver was alleged to be under the influence of alcohol. In her lawsuit against Hunt, his daughter alleges he was negligent in allowing her to ride in a vehicle driven by an impaired driver. Allegations against Hunt have not been proven. 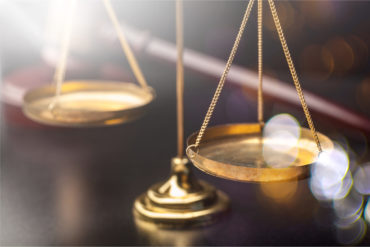 The Feb. 13 decision means Hunt v. Peel Mutual Insurance Company, released this past August by the Court of Appeal for Ontario, is final. The appeal court upheld a decision in favour of Peel Mutual by Justice Patrick Flynn of the Ontario Superior Court of Justice released Jan. 7, 2019.

Section 239 (1) of the Ontario Insurance Act stipulates that auto policies cover any occupant of the vehicle for liability arising directly or indirectly from the use and operation of the vehicle. [They also cover the named insured and any person who drives the vehicle with the owner’s consent].

“Even though Amealia’s injuries arose from the use of a vehicle, Mr. Hunt’s liability for her loss or damage does not. His liability is alleged to arise from negligent parenting, not from anything he did or did not do as an occupant connected to the use or operation of the automobile,” the Court of Appeal for Ontario said.

Hunt argued that he was using the vehicle for an ordinary purpose, which was to transport his daughter.

But Justice Flynn ruled they do not meet the causation test set out in Citadel v. Vytlingam, released by the Supreme Court of Canada in 2007. That case arose when Michael Vytlingam was driving in the United States. Two men (who later went to jail for assault with a deadly weapon) dropped a boulder from an overpass on to Vytlingam’s vehicle. The criminals were under-insured so Vytlingam made a claim under his family protection endorsement. Although the criminals who dropped the boulder used their vehicle to bring the boulder to the crime scene, the use of their car was only incidental, the Supreme Court of Canada ruled.

In Hunt’s case, Peel Mutual asked why the claimant should get coverage under the auto liability policy simply because he was an occupant of the vehicle, when he would have no such coverage had he remained on the driveway but allowed his daughter to ride in the same vehicle.