A 22-year-old Supreme Court of Canada ruling in favour of a marine cargo insurer is a sword that could cut the other way for Canadian auto insurers.

The British Columbia government brought in a rule this past March limiting parties in auto personal injury lawsuits to a maximum of three expert witnesses. That rule was declared unconstitutional in Crowder v. British Columbia (Attorney General), released Thursday by the B.C. Supreme Court.

The three-expert ceiling, which has some exceptions built in, was expected to save Insurance Corporation of British Columbia $400 million this fiscal year and $30 million every year thereafter, the Ministry of the Attorney General told Canadian Underwriter at the time. The rationale was limiting the number of witnesses can reduce the legal costs of motor vehicle bodily injury lawsuits. 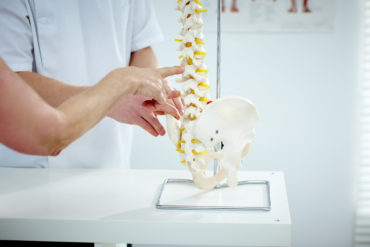 But in his ruling released Oct. 24, Justice Christopher Hinkson wrote that establishing a maximum of three expert witnesses could result in unfairness that the Supreme Court of Canada discussed in its ruling in Porto Seguro Companhia De Seguros Gerais v. Belcan S.A., released in 1997.

In 1984, Brazil-based Porto Seguro was insuring cargo on the MV Beograd, a ship bringing pinto beans to Brazil through the St. Lawrence Seaway. The MV Beograd collided with the MV Federal Danube. Porto Seguro paid a claim and then sued to recover. Its lawsuit against the owners of an anchored ship was initially dismissed. Initially, a Federal Court of Canada judge refused to hear evidence of expert witnesses that Porto Seguro wanted to call. The Supreme Court of Canada ruled in favour of Porto Seguro, ordering a new trial.

“To say that a litigant cannot call any expert evidence on matters that are at issue in the litigation is to deny the litigant’s fundamental right to be heard,” Justice Beverly McLachlin wrote in 1997 for the Supreme Court of Canada in Porto Seguro.

That comment was highlighted by Justice Hinkson in Crowder.

When the B.C. government brought in the three-expert limit on auto personal injury lawsuits, it said that private insurance companies – in addition to ICBC – could benefit. This is because some private insurers excess auto liability in competition with ICBC, which has a monopoly in the province on basic mandatory auto insurance.

The rule was challenged by Gregory Crowder, who was injured in 2017 when the vehicle he was driving was hit from behind. He said his injuries include traumatic brain injury, injuries to his jaw, facial bones, left eye and a plethora of soft tissue injuries, as well as post traumatic stress disorder. Crowder had two medical expert reports –  one from a rehabilitation specialist and the other from an otolaryngologist. But before the new rules took effect, Crowder had also intended to obtain further expert opinions from a neuropsychologist, a psychiatrist, a neurologist, a dentist, plastic surgeon, opthalmologist, occupational therapist and an economist.

In ruling in favour of Crowder, Justice Hinkson said the new rule restricts a core function of the court to decide a case fairly upon the evidence brought to court by the parties. As such, it violates section 96 of the 1867 Constitution Act. Although that section explicitly gives the federal government the power to appoint judges, the “broader import” of Section 96 “is to protect the core jurisdiction of the provincial superior courts from either federal or provincial abolition or removal,” Justice Hinkson wrote.

Macmillan Bloedel arose in the early 1990s after a youth was arrested for contravening a B.C. Supreme Court injunction prohibiting some activities of anti-logging protesters on Vancouver Island.  At the time, the federal Young Offenders Act gave youth courts exclusive jurisdiction when young offenders are charged with contempt of court. The Supreme Court of Canada ruled that section is unconstitutional  Parliament does not have the power to take away a core jurisdiction of the B.C. Supreme Court – one of which is to ensure its own injunctions are enforced.

“The power of superior courts to fully control their own process is, in our system where the superior court of general jurisdiction is central, essential to the maintenance of the rule of law itself,” Justice Antonio Lamer wrote in Macmillan Bloedel, adding a superior court’s core jurisdiction cannot be removed by either the federal or provincial government without amending the constitution,

In B.C., the three-expert witness ceiling established in early 2019 has some exceptions. For example, a court could let the parties consent to additional joint experts or the court could appoint its own expert.

In Porto Seguro, a federal court judge refused to let the insurer introduce reports of two expert witnesses – a seaman and an engineer – unless that evidence was outside the scope of the competence of the assessors that were already appointed to help the Federal Court judge.

A legal precedent was set in England that judges of the Admiralty Court – when sitting with one or more assessors – shall refuse to hear expert witnesses unless they testify on subjects that do not fall within the assessors’ area of expertise in navigation and seamanship.

That practice is out of step with “modern trial practice,” the Supreme Court of Canada ruled in Porto Seguro in 1997.