TORONTO – Some private schools afraid they’d be blamed if a student gets COVID-19 are considering waivers to absolve them, but experts say that wouldn’t stop a parent from suing or a school from racking up legal bills.

Toronto lawyer John Schuman says he’s provided “a couple of clients” with contracts that essentially have parents accept full responsibility if their child contracts COVID-19 in a school setting.

He says private schools could be targeted if they fail to enforce provincial and public health rules around COVID-19 – and even if they do follow the rules, they could still be vulnerable. 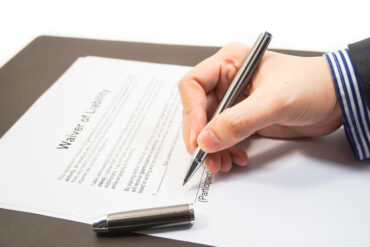 “And then they’re going to get sued even if they’ve done everything they could possibly do to stop the virus.”

Eric Roher of the Toronto law firm BLG says COVID-19 waivers are not common but that he has been asked to provide them to some alternative and independent schools.

Nevertheless, he doubts that a parent could be held to a promise not to sue if an outbreak occurs.

“There’s a real issue about whether – even if the waivers are signed – they’re enforceable,” says Roher.

“What I would prefer to be honest with you, is that we spell out what the safety and learning protocols will be and have parents confirm that they’ve read and understood them. I think that’s a safer approach.”

That also seems to be more common, he adds, describing the number of schools seeking extreme legal safeguards as “very few.”

The problem with waivers is that they can be hard to enforce, especially if they’re suddenly foisted on parents who’ve already paid tuition and confirmed enrolment.

“Parents have to have time to consider them and make sure they understand them, and perhaps consult a lawyer,” says Schuman, a specialist in child and family law.

“Where there’s less of that freedom, or (if) parents aren’t really free to fully understand what’s going on and to walk away if they need to, waivers become less enforceable.”

Incoming students at St. Francis Xavier University in Antigonish, N.S., were asked to sign a waiver before they could attend class, but that was contested by 350 students, staff, alumni and local residents who signed a protest letter.

The province’s minister of advanced education has since assured students the waiver would be changed.

The original waiver required students give up potential legal claims of “negligence, breach of contract, or breach of any statutory or other duty of care,” even if the university fails to take reasonable steps to safeguard them from COVID-19 risks.

“(If) two kids in Grade 5 in the back corner take off their mask while they’re talking to each other and whispering, (a teacher) can be seen to be negligent because they haven’t enforced the expected protocols,” he says.

“Generally, private schools operate on fairly thin margins so all the extra costs of sanitizing is going to stretch their finances a bit and (if they also) have an insurance company who’s going to tell them, ‘We’re going to raise your rates if you don’t take some precautions, you don’t have a waiver,’ (then) they need to have the waiver signed.”

She hasn’t heard of the phenomenon in her work advising families how to choose the right school but says if such contracts are on the way, she’d expect to see them in the coming days and weeks when virtual open houses and introductory sessions begin.

“I would call my lawyer, and I would have a conversation and just sort of say, ‘How enforceable is this? What are the ramifications if I choose not to (sign)? And do I have a choice?” says Wolff, who has one child in private school and another in public school.

Wolff is less concerned with signing a code of conduct that outlines expected precautions.

The Ontario government made it clear earlier this month that private schools are subject to the same reopening guidelines imposed on public schools, says Roher. Nevertheless, he says his office encouraged its private school clients to exceed those measures.

Evidence of less infection risk outdoors is spurring many private schools to boost outdoor programming and excursions – activities that are also requiring more waivers this school year, says Sarah Craig of the Conference of Independent Schools of Ontario, which represents 45 schools.

But she notes off-campus waivers were required pre-pandemic, too.

“I think I’ve signed something like nine waivers so that my nine-year-old can play soccer,” says Hunter.

But it was relatively easy for a parent to walk away from camp if they balked at a waiver, she acknowledges. School is another matter.

Hunter expects to see an overall increase in the use of waivers. She suggests parents who are thinking about forming a learning pod with another family consider the possibility that they, too, could face legal action if things go sideways.

Several jurisdictions in the United States have taken steps to protect businesses, non-profits and government agencies from legal action, as long as they follow health standards and don’t exhibit gross negligence.

British Columbia introduced a broad ministerial order back in April that similarly protected many essential services, later adding emergency protections for child-care operators and amateur sport organizations. In June, it introduced legislation that would allow those provisions to be formalized “as appropriate” after the provincial state of emergency ends.

Hunter would like to see broad protections offered in Ontario.

“Can we agree that it’s ridiculous to hold each other liable – whether it’s organizations or individuals – for COVID-19 transmissions?” she says.

Feature image: A empty classroom is pictured at McGee Secondary school in Vancouver, B.C. Friday, Sept. 5, 2014. Some private schools afraid they’d be blamed if a student gets COVID-19 are considering waivers to absolve them, but experts say that wouldn’t stop a parent from suing or a school from racking up legal bills. THE CANADIAN PRESS/Jonathan Hayward