Firewall efficacy improved with use of firewall management tools: study

Use of firewall management tools has resulted in fewer breaches, increased productivity and the ability to respond to a breach in less than an hour, suggests a commissioned report released last week by U.S.-based FireMon. 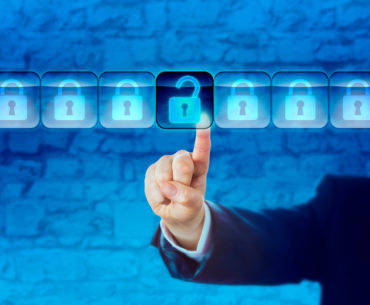 Automate Zero Trust Policy and Enforcement, an independent report prepared by Forrester Consulting, found that 59% of polled organizations that use firewall auditing and configuration tools have witnessed fewer data breaches and 65% of responses have seen increased productivity.

Findings are based on an online survey with 188 IT security decision-makers at U.S. enterprises in highly regulated industries, notes a statement from FireMon, a provider of network security policy management solutions.

While firms that had implemented firewall management and configuration auditing solutions achieved significant productivity and security benefits, the company statement notes, findings show those organizations that had not implemented a solution “struggle with time-intensive auditing and change control processes, quality issues and resource constraints.”

“Next-generation firewalls (NGFWs) are critical to architecting a ZT network, but the additional security benefits they offer come with added complexity,” the report adds.

“While NGFWs play a crucial role in creating zero trust networks, the inherent complexity means that if they are not configured properly or managed effectively, they will not be used to their full potential,” maintains Paul Calatayud, FireMon’s chief technology officer.

“As enterprises upgrade their firewalls to defend their network perimeters, many fail to modernize how they manage complex firewall rule bases,” Calatayud adds. 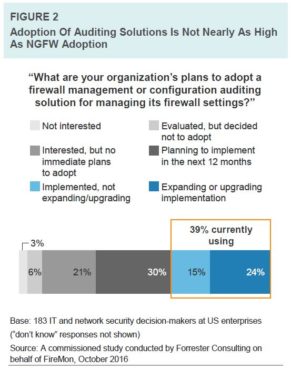 The survey found there are benefits for users of firewall auditing solutions compared to non-users.

“In comparing respondents who have adopted a firewall auditing solution with those who have not, we found that solution users can address routine requests like rule changes and major issues like security breaches much faster than non-users,” Forrester Consulting notes in the report.

As an example, the company points out 44% of users reported they can respond to a security breach in less than an hour compared with just 25% of non-users.

“Additionally, 24% of users can address and implement change requests to firewall rules in less than an hour, compared with just 7% and 6% of nonusers, respectively,” the report adds.

“Non-users face greater difficulty minimizing human error. They are also more likely to say that the volume of rules they need to manage/audit is too high and that firewall management and auditing is a prohibitively long process,” the report states.

This being the case, non-users face resource constraints, with 28% of respondents noting they do not “have the resources to update firewall rules efficiently and effectively, compared with just 10% of users,” it adds. 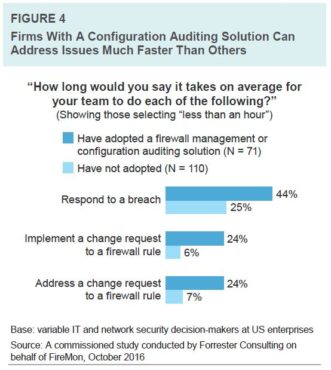 Forrester Consulting points out that today’s top security priorities center on security monitoring and threat intelligence. “Enterprises want and need to get smarter about how they protect and manage sensitive data on their networks,” the report advises.

The survey shows 77% of respondents considered improving security monitoring among their top five IT security priorities, while 71% said the same about improving threat intelligence.

The report makes a number of key recommendations with regard to how best to maximize the benefit of firewall management and configuration: