Global market for professional indemnity insurance expected to reach US$40.5 billion by 2019: Finaccord

The global market for professional indemnity (liability) insurance is on track to climb from its 2015 total of approximately US$36.2 billion in gross written premiums (GWPs) to US$40.5 billion by 2019, Finaccord reported Wednesday. 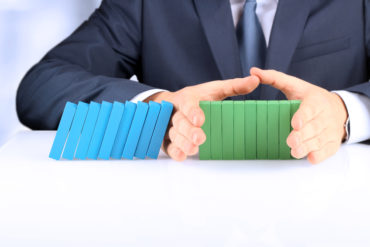 Global professional indemnity insurance market on track to rise to US$40.5 billion by 2019

Of the 2015 premium total, the United States accounted for US$19.4 billion or 53.4%, notes a statement from the market research, publishing and consulting company specializing in financial services.

The remaining US$16.8 billion, representing 46.6% of the total, is attributed to all other countries combined.

With regard to the projection that premiums could reach US$40.5 billion by 2019, the statement says that, “in most cases, growth is likely to be faster in less-developed markets than in developed ones, although much also depends on the degree to which significant competition exists among underwriters in this field and on future claims experience in each country.”

The research shows that there are huge differences between developed markets such as the U.K. and the U.S., on one hand, and developing ones, such as Brazil and India, on the other.

“The extent to which markets for professional indemnity insurance are substantial or not depends on a number of factors,” says Finaccord consultant Francisco Leitão.

Another factor, he adds, is that in some countries, alternative systems are used to deal with particular types of professional risk.

Looking specifically at the 2015 GWP total, Finaccord reports that medical malpractice cover, at US$17.9 billion, accounted for the biggest chunk of the worldwide market pie by professional category.

“Professional indemnity insurance represents around 16.6% of the global market for commercial liability insurance given that the latter was worth around US$217.5 billion in 2015,” comments Claire Michaud, a consultant at Finaccord.

“It has risen from about US$33.0 billion in 2011 and while this appears to be a relatively slow rate of increase at a nominal compound annual growth rate of 2.4%, the overall total was held back by a decline in the U.S. medical malpractice insurance market. Without this, the compound annual growth rate would have been significantly faster at 3.9%,” Michaud says in the statement.

“It is generally likely that growth will be more rapid in segments in which the number of insurable entities is rising quickly and for which purchase of insurance for professional risks has historically not been viewed as essential, especially among smaller enterprises and individuals,” Michaud notes, citing as examples such segments include IT, business consulting and healthcare-related services.