Brokers who provide home warranty assuming it is not an insurance product could be mistaken if they try to argue this in court – especially if the warranty is written by a regulated insurer.

National Home Warranty Group told the Alberta Court of Queen’s Bench that a limited construction warranty it provided (written by Aviva) was not an insurance product – at the time it was issued in 2010 – and was therefore not subject certain provisions of the province’s Insurance Act. 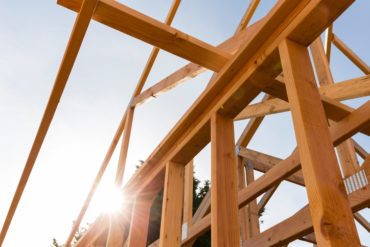 National Home Warranty, part of the Aviva group, provided warranties for constructor Beckmann Homes in 2010. Under that warranty, Aviva would – subject to several conditions – repair structural defects and pay compensation or additional living expenses if the home becomes uninhabitable due to a defect.

The following year, Muju Sehic agreed to pay Beckmann Homes to build him a new home. A separate dispute arose between Sehic and Beckmann over payment and the quality of work.

In 2012, Sehic made a claim to National Home Warranty. Two years later, Sehic got a letter from Aviva denying the claim.

Originally the case was summarily dismissed by a case management master, on the grounds that Sehic missed the two-year window to file a lawsuit.

But that ruling was overturned on appeal in Justice Grosse’s ruling released Dec. 13, 2019.

This does not necessarily mean Sehic wins. It just means it is conceivable the case could go to trial.

The two-year limitations clock started running in March 2014 when Sehic got the letter from Aviva. He did not file his lawsuit until Aug. 12, 2016.

But the Insurance Act requires an insurer to give written notice to a claimant of the applicable limitation periods – including within 60 days of being notified of the claim, and within five business days of denying the claim, Justice Grosse wrote. Neither Aviva nor National Home Warranty gave any such notice to Sehic, she added.

That notice requirement was brought in with the Fair Practices Regulation.

National Home Warranty argued that the new regulation did not come into force until July 1, 2012, so it should only apply to claims made after that date. Sehic had filed his claim on May 14, 2012.

But Justice Grosse said the regulation does apply because the denial of the claim took place in 2014 – nearly two years after the Fair Practices Regulation came into force.

So as it stands, National Home Warranty has lost its bid to dismiss the case because of the Limitations Act.

National Home Warranty argues that the warranty on Sehic’s home is not an insurance product, because the express inclusion of home warranty insurance as a class of insurance did not happen until 2014 – four years after the warranty was issued.

Right now, Alberta’s Classes of Insurance Regulation lists 23 different classes for which an insurer may be licensed to write.

But nothing in the law expressly states that insurance is limited to the listed classes, wrote Justice Grosse.

“In any event, even if ‘insurance’ is limited to insurance falling within one of the classes of insurance, there is a live issue as to whether the Warranty fell within a class that existed prior to the changes made in association with the coming into force of the New Home Buyer Protection Act” in 2014, she wrote.

“The fact that the warranty does not have a title that exactly matches the name of one of the pre-existing classes does not mean it was not ‘insurance’ for the purpose of the Insurance Act,” she wrote.

The contract is a “policy” under which Aviva, by its agent National Home Warranty, undertakes to indemnify a home purchaser against the risk that a builder will fail to perform, the court noted.

Justice Grosse distinguishes the circumstances of Sehic’s lawsuit from Brick Protection Corporation v. Alberta (Provincial Treasurer), in which the Alberta Court of appeal ruled in 2011 that extended warranties from a sister company to furniture and appliance provider The Brick are not insurance.

The treasury department had argued that Brick Protection has no control over the quality of the merchandise for which it provides warranties. Instead, Brick Protection contracts – for a price – to provide for repair or replacement of the merchandise acquired by the purchaser. The total amount received under the sale of all of these contracts is more than enough to pay for the costs of repairs and replacement of merchandise which fails. This allows for the warranty provider to generate a profit.  This is a classic example of pooling and sharing of risk among all those subject to the risk, the treasury department argued at the time.

But the Alberta Court of Appeal ruled in 2011 that extended warranties had not been brought within the ambit of the rest of Insurance Act, there has been no regulation of companies selling such products and that the Superintendent of Insurance has taken the position that businesses who sell extended warranties are not selling insurance in Alberta.

In distinguishing that case from Sehic, Justice Gosse said Aviva’s home warranty coverage is not simply a warranty of one’s own product. Instead, it is, at least, “a partial backstop by Aviva if the builder fails to complete or to honour its warranty.

“The Construction Damages coverage goes beyond mere defects in the home itself; and Aviva is an insurance company in other respects, unlike Brick Protection Corp.,” wrote Justice Gosse.

She added the warranty is expressly called a “policy,” it speaks to “exclusions” in a number of places and it includes a “subrogation” clause.

“The last page of the document refers to National Home Warranty as the ‘broker,’” she wrote. “The Warranty bears a signature line that says ‘Authorized signature of Insurer.’”