A British Columbia homeowner who suffered property damage due to an electrical power surge cannot claim damages from the city, the Civil Resolution Tribunal has ruled.

In January, 2016, a City of Salmon Arm snowplow hit a power pole, resulting in a power surge that affected the home of Holly Kallies. 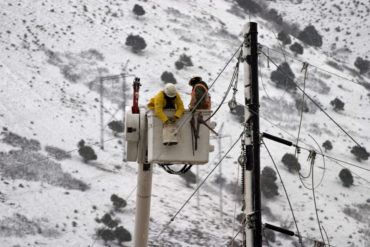 Wawanesa then pursued a subrogated claim against the city, which was settled for about $1,000.

Kallies then took the city to the B.C. Civil Resolution Tribunal, which is intended to provide quick and cheap resolution of small claims disputes (of less than $5,000) as well as strata condo disputes.

Kallies asked the CRT to order the city to pay her about $2,000 – including $800 for increased insurance premiums, $650 for losing her claims-free discount on home insurance and $500 to replace her washing machine.

CRT member Kate Campbell ruled against Kallies, in Kallies v. City of Salmon Arm et al., released Jan. 3. Campbell noted that that Wawanesa negotiated the settlement in its subrograted claim with Insurance Corporation of B.C., which acted on behalf of the City of Salmon Arm.

As part of the settlement, the City and ICBC are immune from any further liability arising from the January, 2016 accident that caused the power surge.

Wawanesa was the “assignee” of Kallies for the purpose of the snowplow incident, Campbell ruled. This is because all of Kallies assigned her rights of recovery to Wawanesa when Kallies submitted her proof of loss to Wawanesa.

The proof of loss form that Kallies signed “binds her to what she got from Wawanesa for the snowplow incident, and grants Wawanesa the right to settle all claims on her behalf, which it did in the ICBC Release,” Campbell wrote. “In those circumstances, the applicant has no remaining right of recovery against the City.”

More News
Related
Insurance Corporation of B.C. financial condition ‘seriously compromised,’ Basic Autoplan needs redesign: EY
Supreme Court to decide limits of pollution liability indemnification
Does CGL’s duty to defend apply to the insurance policy as a whole?
Your landlord agrees to insure the property. Why the landlord can still subrogate against you